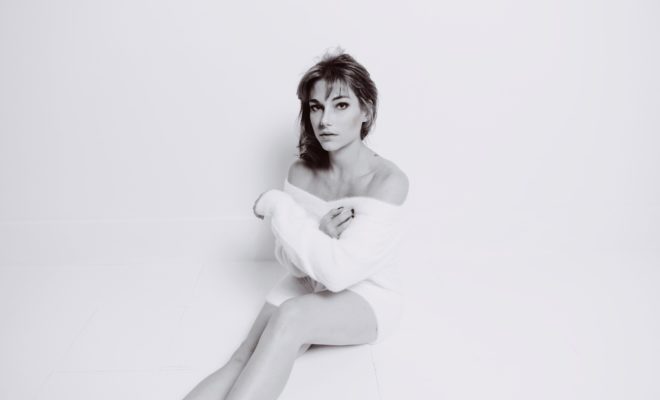 NY-based singer-songwriter Coyote Eyes recently released her new single “Looking For God (I AM SNOW ANGEL Mix)”. The genuine lyrics of the song mixed with the artist’s haunting vocals make this track one to remember. Coyote Eyes fights for those who have been silenced by their addictions and illnesses, and she uses her music as the mouthpiece for her message.

“For the Looking for God (I AM SNOW ANGEL Mix) Video, I teamed up with 14th & B, an all-female run production company, to create the story of an addict who gets pushed over the edge when an attempt at instant intimacy turns dark. This is not a case of victim and assailant, rather a momentary loss of control between two people genuinely looking for love. There’s a lot of grey area in the story, which is what makes it so tragic. Sometimes it’s not the big traumas, but the grey area that breaks us.”

How did you first discover music was your calling?
My mother says that I started singing before I started talking. I started training classically at age 11. So I knew pretty early. I think my “moment of no return” was when my parents took me to see The Phantom of the Opera as a kid — I must’ve been 7 or 8. I became obsessed with the intersection of classical and contemporary music; it’s something I still incorporate in my own music today. Could be where my love of mysterious, unavailable men came from too…

What is the story behind your new song “Looking For God (I AM SNOW ANGEL Mix)”?
Recently people have been asking me if my music is religious in nature. The answer is no; though my lyrics at times have religious overtones, I take no stance on religion in and of itself.

“Looking for God” is about the inherent human need for meaning and connection; it is a beautiful, tragic, and complex thing.

Have you ever gone home with a stranger because you couldn’t stand to sit alone with your own thoughts? Have you ever driven too fast just to flirt with the idea of losing control? That’s what this song is about — primal desperation, spiritual free fall.

Look, we’re all just trying to find meaning, whether that be through religion, technology, art, love, sex, drugs, fame, it goes on forever. But what are we actually looking for? I don’t have the answer, but I am asking the question.

Is there any opportunity to perform it live in the near future?
Yes! Hitting Rockwood Music Hall April 30th then Mercury Lounge in June.

What’s next for you, more singles or an EP?
I’m releasing a cover of Patty Griffin’s “Top of the World” in May then following up with my debut EP in the fall!

Do you have a typical songwriting structure?
It totally changes. But if I want to create something traditionally structured, I look to collaborators to rein me in. My stuff tends to be all over the place, super instrumental, and I’m very specific about my lyrics. As far as a creative process, most of my music has come to me in bursts — sometimes it’s a poem, sometimes it’s prose, sometimes it’s a piano piece. I let it come out chaotic first, then filter through the structure.

What is one song you wish you wrote?
Wow, what an incredible question. So hard to answer too. “The Boy Who Blocked His Own Shot” by Brand New. Everything about it is perfect.

Who would be your dream collaborator?
Such a great question! Justin Parker, Joel Little, Max Martin, LP, Finneas O’Connell.

What do you think are some contenders for song of the summer 2019?
Whatever Billie Eilish puts out next.