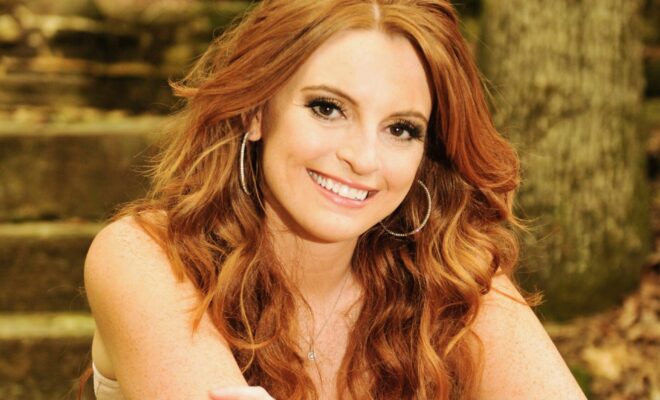 Stage Right Secrets is thrilled to exclusively premiere Courtney Dickinson’s “See You Here” lyric video. The video features stunning visuals paired with a personal and emotional meaning. Courtney’s vocals shine throughout the song while an older man is seen walking through a field.

“I am so excited to share this with everyone,” Dickinson said. “I personally made this lyric video and tried to represent the meaning behind the song. I chose the scene of the older man walking through the field, because it reminded me of my grandfather.”

Watch the video, below.

Listen to Courtney’s previous single, “See You Here,” below.

Growing up, Courtney was so serious about her craft that she took online courses to focus more time on her music. From her first time on stage at five years old with the Little General Cloggers dance group at the Grand Ole Opry, Dickinson knew she was destined for the stage. Later, Dickinson entered a contest with Atlanta’s Kicks 101.5 and won a duet performance with Billy Ray Cyrus during the station’s Lunchtime Live event, singing Cyrus’ “Ready, Set, Don’t Go” for listeners. As she continued to fine-tune her sound, Dickinson tested it out with performances at Nashville’s Bluebird Cafe, Hard Rock Battle of the Bands, CMA Music Festival, Belk’s Southern Original Showcase, pre-show parties for Sugarland, Big & Rich and Cowboy Troy, the NCAA St. Patrick’s Day Party and the National Anthem and pre-show for the Atlanta Braves. Along with these performances she began to learn the craft of songwriting and began co-writing and recording new material. She released “So Over the Rainbow” and watched as it exploded onto the Music Row Chart. In a record number of weeks “So Over The Rainbow” climbed into the Top 40. She followed up with her second single “Freedom,” which also landed in the Top 40. Dickinson has set herself up for success as she releases more new music this year.