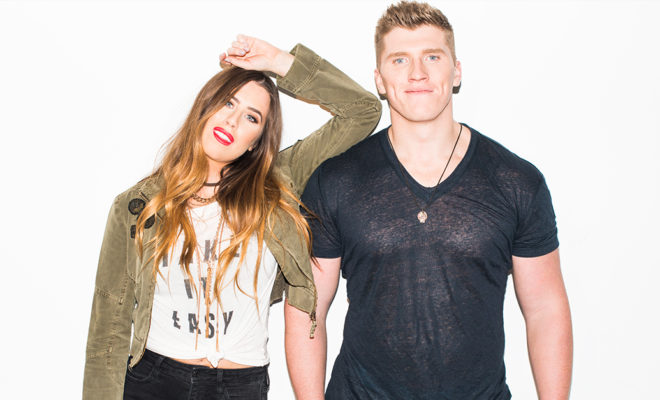 Everything Halloween With The Reklaws

What was your last Halloween costume?
Stu: Last Halloween I was the “More Cowbell” guy from SNL.
Jenna: I was a cat 😛

Scariest or most memorable costume you’ve seen?
One time at a house party some guy wrote the word book across his face, when we asked him who he was dressed up as he said he was a symbol of the world famous social media platform Bookface.

Favorite Halloween memory?
Since we were kids on our family farm, people from all over would come out on weekends in October. The farm was called Yeehaw Adventure Farm, there was pumpkin patches, corn mazes, and where it all started for the Reklaws was the half-time show at the Pig Races. We did it for over 10 years and dressed up every weekend in different Halloween costumes, so I don’t think anything will ever trump that for Halloween memories.

Favorite Halloween or horror movie?
The Shining, hands down. It was the first horror movie we watched when we were kids, scared the heck out of us.

Which would you rather be for a day: Vampire, Werewolf, Witch, or Ghost?
Stu: If a Witch is a thing like Harry Potter, I would for sure take that as my option. Quidditch would be so flawless.
Jenna: Vampire for sure, I was obsessed with Twilight in High School.

Why?
Stu: Sticks on my teeth too much.
Jenna: Why not?