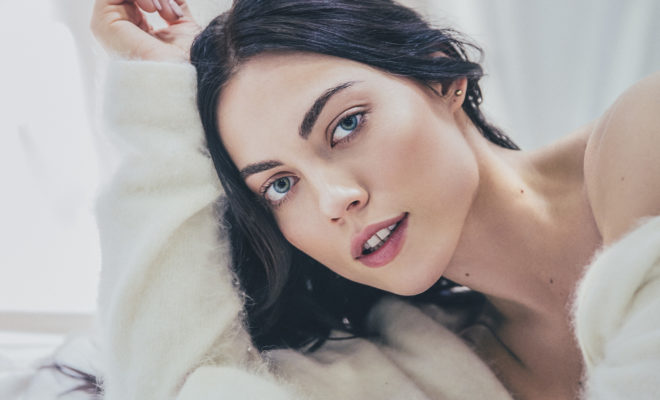 Songwriter extraordinaire Emily Weisband is now making her name as an artist in her own right. Emily has written for or with pop superstars like Camila Cabello, BTS and Halsey, Noah Cyrus; Christian mainstays such as Natalie Grant and Danny Gokey; country’s finest in Dan + Shay, Tim McGraw and Faith Hill; and already has a GRAMMY® Award to her name as co-writer of “Thy Will” for Hillary Scott and The Scott Family.

Emily has now made her Warner Records debut with the release of “Identity Crisis.” The song showcases her immaculate songwriting ability paired with her unique vocals. The song explores identity as a whole and discovering who you are.  The accompanying video, directed by Claire Marie Vogel, presents this bold new artist in all of her contradictory forms.

“Identity Crisis” is Emily’s manifesto of sorts, based on a conversation that began with her therapist. “I was telling her, ‘Man, I feel like I have to be so many different people for so many different people’,” Emily explains. “I go to my church and I’m the overly sexual hot girl. I go to the bar and I’m the overly spiritual girl. They all feel like me but none of them are me’.” “So she says, ‘Listen. Emily is a conference table. Sitting here right now is sexual Emily and spiritual Emily, confident Emily and scared Emily. All of these Emilies are here. They’re all you. You were made to be all these things. But you’ll be living your most authentic life when you realize that in every place you go and to every person you talk to, you get to decide who heads the meeting.’” “We are made up of layers and dynamics and gray area for days,” Emily summarizes, “and I’m proud to say that I will spend every day of the rest of my life in a total Identity Crisis, learning to pick which side of me to let shine that day.”

Virginia-born Emily Weisband has been maturing her musical talent since she first picked up a guitar at 10 years old. Exploring every genre she came across – and encouraged by a family that valued both faith and free inquiry – she started writing lyrics, and by the time she began her studies at Nashville’s Belmont University, she was ready to dive head first into songwriting. In 2014 she signed to THiS Music Publishing/Warner Chappell where she focused on crafting songs for other singers to turn into their own personal statements. She saw songwriting as a service industry, and while Emily always had the voice, the charisma and the gift to stand on her own as an artist, she just didn’t have the inclination. It took a nudge — three, actually — in late 2015 for her to change her mind. Within the course of a few days she was approached by two different A&Rs to record her own work, but it didn’t feel right until she got a third call from Mike Elizondo, whose producer credits include Dr. Dre, Eminem, Twenty One Pilots, and Keith Urban, and he bought her a ticket to L.A.