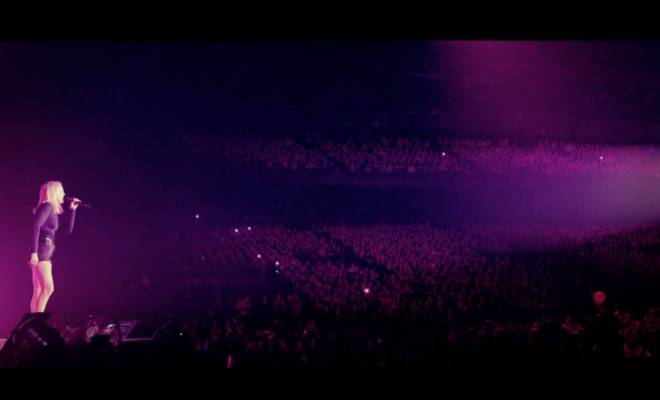 Ellie Goulding has just released a live performance video for her latest single, “Something In The Way You Move,” on Vevo. The multi-platinum recording artist filmed the video in Antwerp during the European phase of her world tour in support of her third studio album, Delirium. The North American leg of the tour begins on April 1 in Vancouver and concludes June 21 at Madison Square Garden in New York City. Check out the video below, and let us know what you think in the comments.