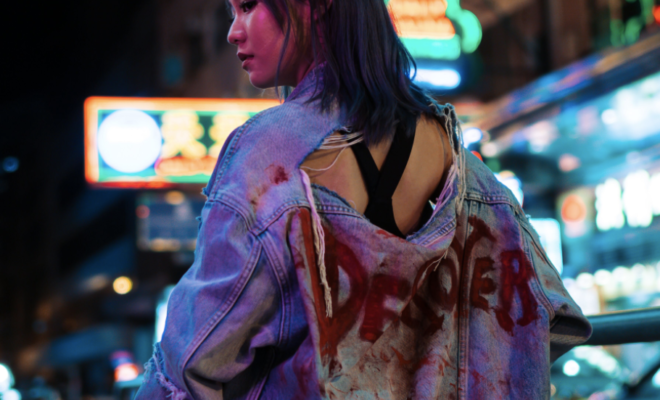 Stage Right Secrets spoke with Demie Cao aka Demie the Destroyer to chat about her United States music debut, single and music video for “Yung,” and upcoming EP.  Read our exclusive Q&A below.

Congrats on your US debut! What went into creating “Yung?”

Thank you! Yung is a product of a quarter-life crisis that I had transitioning into adulthood. Where most people had already created their 25-year plans and shit, I still felt relatively lost in life. But at the same time, I found beauty in that. It’s a record about those juxtaposing emotions I felt about growing up.

I honestly just wanted friends in my video, doing things we do just normally. All the ideas that came forth was organic and natural, which made it a lot of fun to shoot.

As a songwriter, where is the oddest place you’ve come up with an idea for a song?

I love this question. Honestly, probably on the toilet.

You have an EP coming out soon, how far along are you in the process?

The EP is completely done! Been done for a while, but I wanted to sit on it and refine it before releasing anything. I wanted the project to be something that is truly who I am as an artist.

Naw, if there were, I would’ve definitely included it. Which is why I love working with a family, because they trust you enough to believe in your judgment!

Do you have a favorite lyric or line from one of the songs?

“I’d be free as the wind like I’m fuckin Mary Poppins”- I just thought it was funny. I never actually watched the film.

You originally launched your music career by covering music on YouTube. How do you go about creating your own unique spin on a song?

I never know what the original artists are really going through when creating a record, I can only interpret the emotions in my own way. I always try to recreate the track in terms of how it touched me.. and just pray it does the original justice!

We saw your quarantine makeup tutorial, what else have you been up to during this difficult time?

I’ve been keeping busy! I write a lot of poetry and I love to draw- I design my own EP art! I have an art page up called @demiemakesart where I write poetry and other random projects.

What music have you recently found or rediscovered?

I’ve recently started re-listening to a bunch of Bon Iver who makes music I can just bawl to… he makes beautiful timeless records. But a new artist I’ve been getting into is Still Woozy. He only has a handful of songs out, but I highly recommend you guys to check it out.

I have a fully mixed and mastered EP coming out soon called Airplane Mode, with visuals.. the whole thing. I’m super excited to share this project with you all as it is very close to my heart