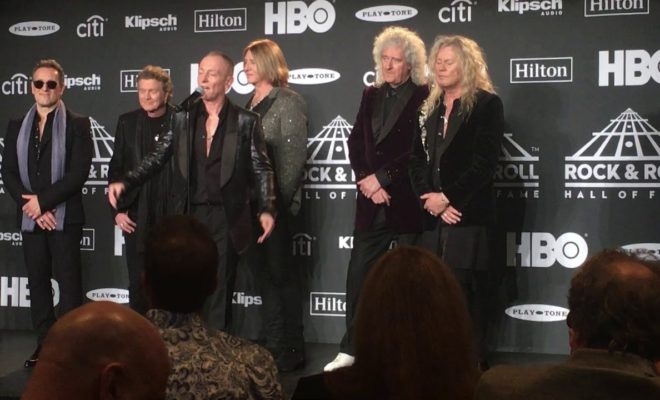 Def Leppard drummer Rick Allen tears up as bandmates, fans applaud his resilience, after losing his arm in 1985. #RockHall2019 pic.twitter.com/Kdod3EMhIz

Queen’s Brian May inducted Def Leppard into the Rock & Roll Hall of Fame and Museum on March 29.

A special exhibit dedicated to this year’s inductees will open at the Rock & Roll Hall of Fame in Cleveland on March 22. Class of 2019 inductees includes: The Cure, Stevie Nicks, Janet Jackson, The Zombies, Radiohead, and Roxy Music.

The 34th Rock & Roll Hall of Fame Induction Ceremony, presented by Klipsch Audio is on Friday, March 29th. The show will be broadcast on HBO premiering April 27th on HBO, HBO GO and On Demand.