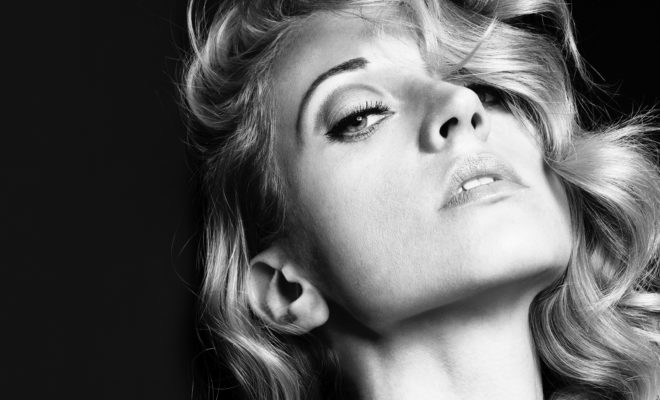 From Berklee to Brooklyn and everywhere in between, Courtney Cooper takes us along the journey to discuss her new releases.

What’s the story behind your latest single “Cosmos”?

The first time I heard the instrumental, I was about halfway done writing my album and I immediately felt such a connection to the track. I sat down and wrote the melody and lyrics in literally 10 minutes. It came to me out of thin air, which never really happens for me. Most of my songs are a long process I keep working on and going back to.

Jacoo is such a talent! He’s only 22 and has such an amazing ear and talent as a producer. His music is so calming and tells such an amazing story. Our collab was virtual since he’s in Norway, but he is so great. I really enjoyed the collab and…hint hint…we’ve been chatting about another piece together!

Over 3 years have passed since your debut album The Light was released March 2015. How do you feel you’ve grown as an artist?

Soooooooo much. It’s actually a bit crazy how much I’ve grown – not only as an artist, but as a person. When I was writing The Light, I was just finding myself…finding my own “light” and growing into myself. I was still dealing with some darkness and internal demons.

Writing WAVES has been so amazing. I feel like I’ve finally found my real voice as an artist as opposed to catering to what industry people tell me I should look or sound like. WAVES is such a reflection of me finding internal peace with myself and as an artist.

The Light was crowdfunded by Kickstarter. Was WAVES as well?

It was not. I worked and worked and worked, then put all my money back into my album, which in retrospect, and in regards to the last question, has a lot to do with why my last album was 3 years ago.

Any chance you’ll be touring to support your new release?

Yes, Absolutely! I’ll be doing a show in Brooklyn for the Album release and then touring after. Dates TBA.

What’s something you didn’t learn at Berklee you think artists should know?

Oh, wow. What a great question. Berklee was such an incredible experience. Being constantly surrounded be THE most talented students and teachers was magical. I have such a deep place in my heart for Berklee and all my friends from my time there. The school teaches you SO much musically and drives you to practice-practice-practice…just so you can sound the tiniest bit like your vocal teacher that you look up to so much, but the one thing I didn’t really learn was how to build confidence in myself as an artist.

Looking back, when I was at Berklee, the music I was making and singing was so soulful and true to myself. When I graduated, I’m not sure exactly what happened, but something in me shifted. I kept hearing from A&R’s and industry people say “you should sound like____” because of the way I looked. Or “You should dye your hair dark because dark is so in right now.”

For many years I was pumping out garbage pop music I didn’t believe in, and yes, I actually dyed my naturally blonde hair dark! I was very lost as an artist. I was doing what I thought I had to, to get the coveted major label record deal.

The last few years have been so amazing coming back to myself and finding my voice again.

Do you have any inspirations you feel people would be surprised by?

Hmm, maybe Fiona Apple? I mostly grew up listening to Hip Hop and R&B (Missy Elliot, Timbaland, Lil Kim, Jay Z, Biggie generation). Some of my favorite artists and music influences of all time have been Michael Jackson, Aaliyah and Lauryn Hill.

I didn’t hear Fiona Apple’s album TIDAL until around the time I was at Berklee. Every single song on the record is unbelievable. I must have listened to it thousands and thousands of times. I’ve had a few people say my phrasing is similar to hers, which is such a huge complement. It’s most likely because TIDAL is so engrained in my brain. Ironically, when I was writing and recording WAVES, I hadn’t even connected the significance and similarity in the name till a while after the fact.

Also, totally random, but I recently went to see John Mulaney at Radio City. Jon Brion (Fiona Apple’s musical partner for TIDAL) came out and played the organ as the opener and I almost lost my mind. I jumped up out of my seat and started screaming, and I’m pretty sure everyone thought I was bat-shit crazy. They were all there to see a comedy show and probably had no idea who he was. I’m generally pretty jaded from working in film/TV and don’t get star struck in the slightest, but it was so unexpected and amazing!!!

You’re also a yoga teacher, dancer and actor! Incredible! How did you get your SAG card?

And lastly: What are some of your favorite Brooklyn hot spots we need to check out?

Oooh, there are so many amazing spots in Brooklyn! My most frequented is Core Power Yoga in Williamsburg! The Brooklyn Mirage, Avant Gardner, & Brooklyn Steel are my favorite places to see live music. Fluency ¾ is my favorite music store.