This year as always, Nashville will welcome the CMA Music Festival and its tons of country music legends from June 5th to June 8th. 20 acts are set to perform during the LP Field Nightly Concerts and one of them is heartthrob Hunter Hayes. The Louisiana-raised songwriter will be performing during the last night of the festival on Saturday, June 8th.

Now, though Hunter only made its official debut in the industry back in 2011 with his self-titled debut album which peaked at #1 on the iTunes Country Charts, the now 22-year-old gifted artist started making appearances on national television at the tender age of 4. By the age of 13, Hunter had received his first accordion and his first guitar, had appeared on America’s Most Talented Kids and had even been invited to play for President Bill Clinton at the White House. 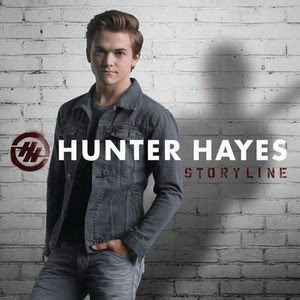 In 2008, Hunter moved to Nashville, TN after releasing 5 independent albums, and signed with Universal Music Publishing Group as a songwriter. Two years later, in September 2010, he officially started working on his own album under Atlantic Records. Hayes got the opportunity to promote his first album by opening on several tours, including Taylor Swift‘s Speak Now World Tour, Rascal Flatts‘ Thaw Out Tour and Carrie Underwood‘s Blown Away Tour. Hayes scored his first headlining tour, the Most Wanted Tour during Winter 2011.

In 2013, Hayes was nominated for 3 Grammys including Best New Artist at the Grammy Awards; and though he didn’t win any of the three awards, he did win CMT Artist of the Year award.

This year again, the 22-year-old musician attended the Grammy Awards, during which he was nominated and performed “Invisible,” the first single from his second album. Storyline is set to be released on May 6, 2014 and is available for Pre-Order now.

← Previous Story Art Of Tour VLOG!
Next Story → Panic! At The Disco Releases This Is Gospel Music Video Live!