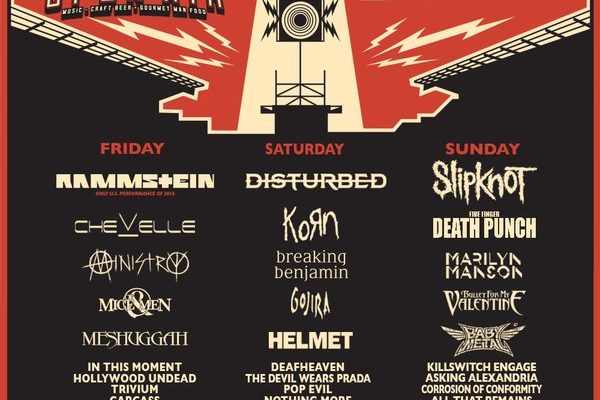 Chicago Open Air has announced its lineup for the three day music, craft beer and gourmet food festival taking place in during the weekend of July 15, 16, and 17th. The festival will take place at the Toyota Park in Bridgeview, Illinois. Rammstein will be headlining Friday along with Of Mice & Men, Hollywood Undead, and Hatebreed. Saturday’s headliners feature Disturbed, Korn, Breaking Benjamin, and The Devil Wears Prada. Sunday’s headliners include Slipknot, Five Finger Death Punch, Marilyn Manson, and Bullet for My Valentine. Over 40 bands will be taking the stage during the 3 day weekend festival and will feature local and regional cuisine, and a craft beer village. Check out poster below for full lineup and general admission and VIP tickets can be purchased on the festival’s website. 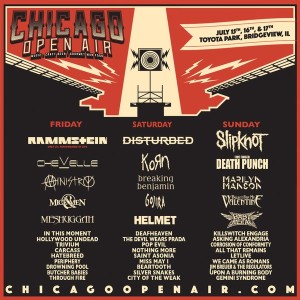