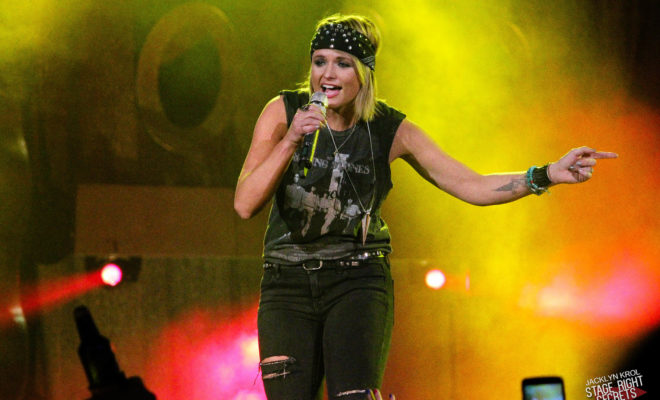 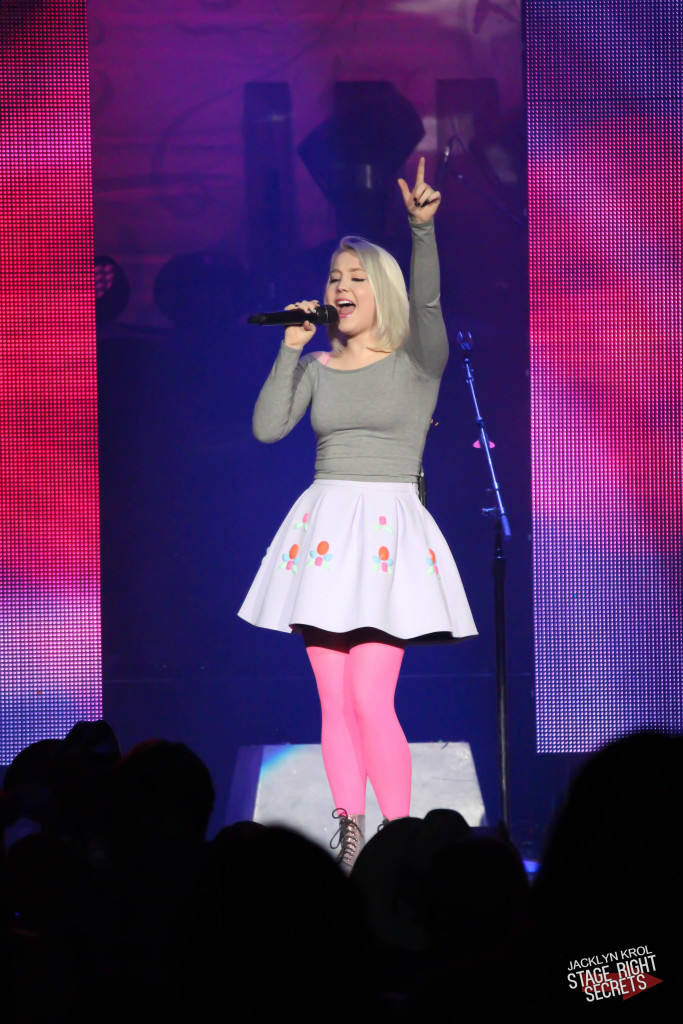 Opening up the Platinum tour is RaeLynn, a voice you may recognize from The Voice season 2 Team Blake. Since then she’s worked on her craft and locked in her signature dance moves. Experiencing her performance live was incredible, I’d compare her to other powerhouse worshiped artists but that would be an insult to her individuality and uniqueness. At only 20 years old, I guarantee you by 25 she will become a household name. Unlike most artists today, RaeLynn co-wrote her entire album which she performed. After God Made Girls went gold, there’s no telling what the selfie queen will accomplish next. 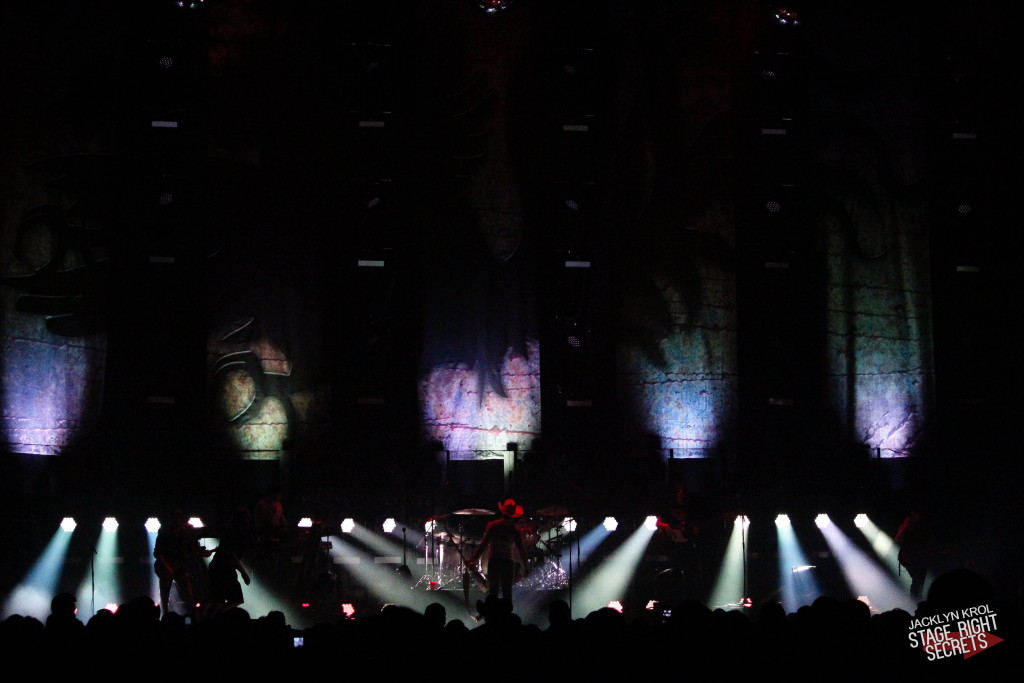 Justin Moore is heard all over the radio today, and after hearing his raw vocals I can understand why. He was so grateful to the audience and told us numerous times how much he appreciated the support. I didn’t realize how many songs I enjoyed were his creation. I’m pretty sure he could sing the alphabet and find a way to make us want to buy it. 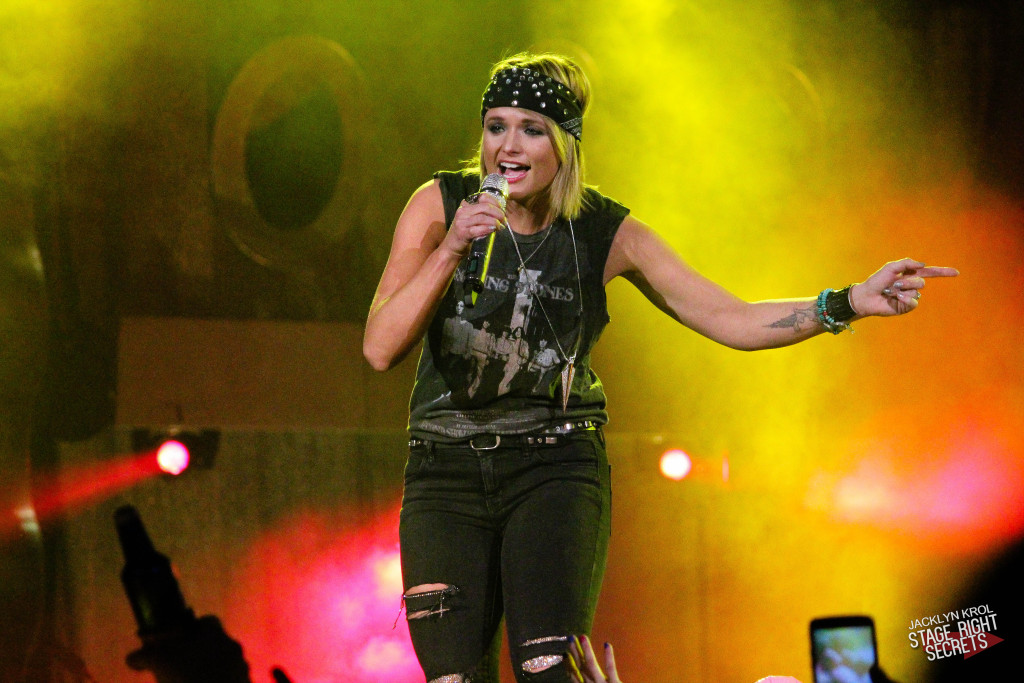 My first time seeing Miranda Lambert live was such an experience and adventure. Her stage is in the shape of an M and glitters, who else can say that? In true Miranda fashion she comes out to smoke wearing a rhinestoned bandana, black skinny jeans with sequins, and a Rolling Stones shirt. At first glance you would think you were at a rock concert. Miranda bring elements of different genres to country which is something I greatly admire. She also made note of interacting with her band, something few solo artists do now a days. 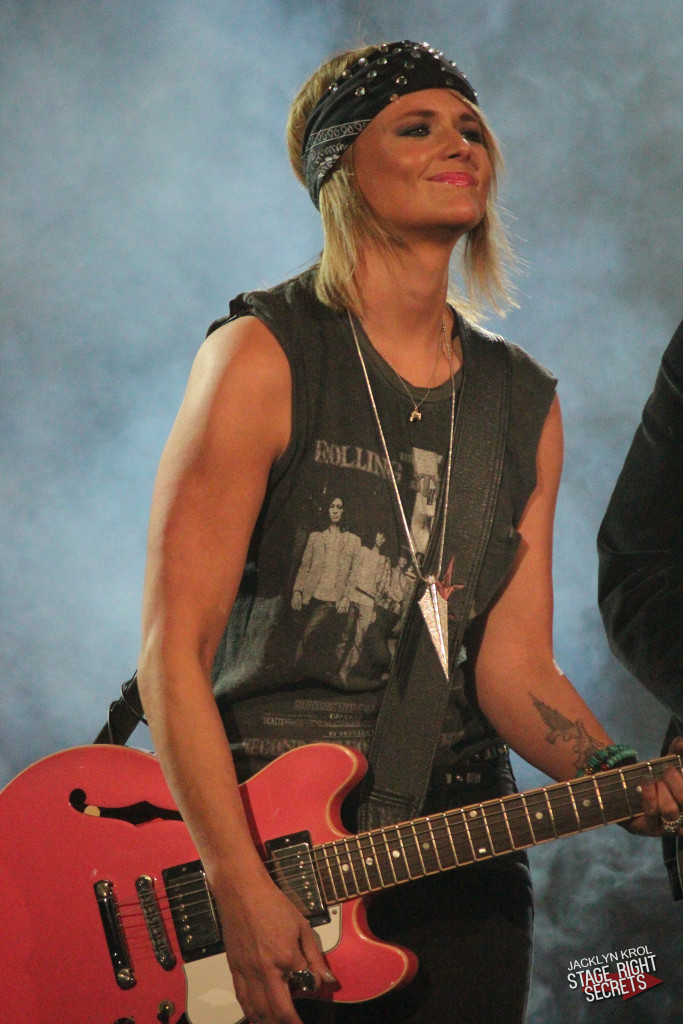 At one moment during the fourth song Miranda told the audience how much she appreciated her fans spending their hard earned money on her concert. I’ve never heard that from an artist before and it made me fall in love with her even more. I couldn’t help myself from rocking out and watching everyone sing back almost all of the words to every song with her. I would like to point out that her guitar skills and pitch are seriously underrated. I found my mouth dropping over ten times throughout the night watching her in awe. This was definitely in the top 5 concerts I’ve ever been to. Miranda-I’m highly impressed and will definitely be buying tickets next time you’re in the Windy City.

← Previous Story 10 Things That Will Inevitably Happen When You Attend A Miranda Lambert Concert
Next Story → RaeLynn Tour Gallery!