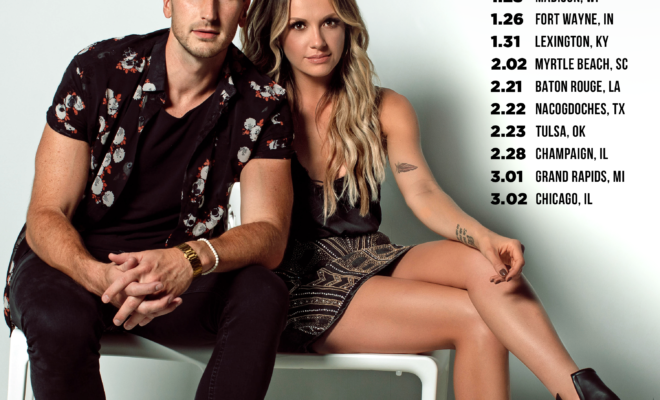 We just found our country music tour match made in heaven! Carly Pearce and Russell Dickerson have announced today they will be embarking on an 11-city U.S. tour early next year. Kicking off on January 24, 2019 from Cleveland, OH, country music’s favorite new faces music share more than a marquee. Finding themselves in the same songwriting circles earlier in their careers, they have supported each other along the way so their parallel successes make their tour all the more exciting. Tickets will go on sale for The Way Back Tour in your city on Nov. 9.

“Carly and I go way, way back and we have cheered each other on for years,” said the platinum recording artist. Russell also added, “Breaking onto the scene together has been such a fun ride, so we had to book a tour together to celebrate!”

“It’s crazy to think about eight years ago when Russell and I had a residency in Nashville together. Now, to see the evolution of our careers that have mirrored in so many ways is a dream come true,” said Carly. Adding, “Sometimes slow and steady wins the race, and I couldn’t be more proud of how far we’ve come.”