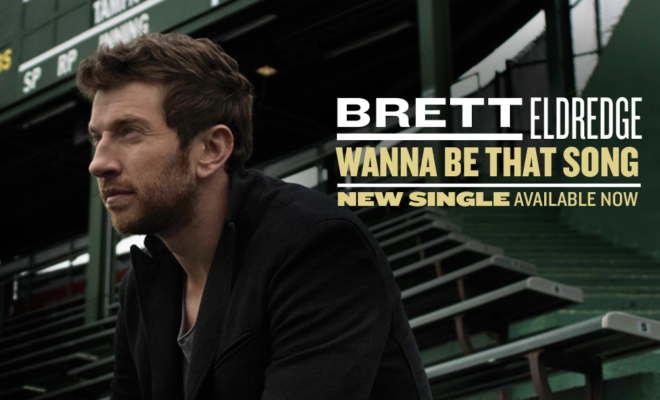 Brett Eldredge’s latest single “Wanna Be That Song” is climbing the charts. He just released his new music video which debuted last night at Wrigley Field, the home of the Chicago Cubs, during the game. It was also the location where the video was shot, making it the first music video to ever be filmed there.

An Illinois native, Brett says it was a dream come true to be able to shoot the video for his favorite song at such a historic sports arena.

The video is a mash-up of Eldredge singing on the field with a 1940’s-themed flashback montage that chronicles the various stages of a relationship between a couple from first dating, to marriage and kids.