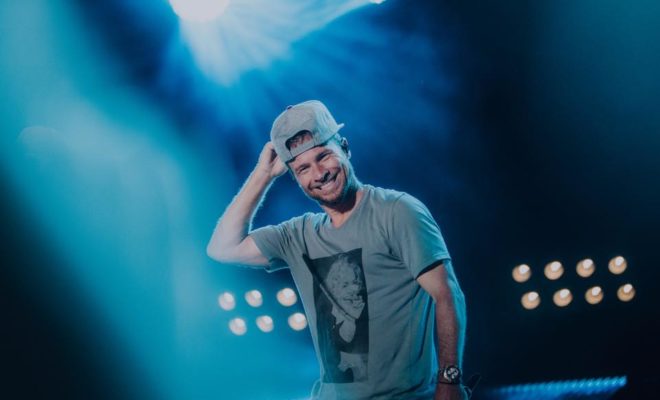 Special guests are a normal everyday part of CMA Fest, but this year they went above and beyond for the final night at Nissan Stadium on June 10th. The lineup was impressive rivaling any other festival with special guests a plenty. The night started off with Ray Stevens performing the national anthem followed by Ricky Skaggs. Brett Eldredge then hit the stage and performed all of his hits, he was ‘fire’. Amphitheater headliner Cole Swindell performed and serenaded the entire crowd with his ballad ‘The Ones Who Got Me Here’.

ABC will be airing highlight performances from Nissan later this summer, hosted by Kelsea Ballerini and Thomas Rhett. The sold out crowd got a surprise from Thomas Rhett performing his own set to adoring fans. It was a sight to see as the crowd swayed along to ‘Die A Happy Man’ and ‘Marry Me’.  Dierks Bentley then took the stage with the crowd screaming along to ‘Woman, Amen’. Dierks then brought out Dwight Yokam to duet. That wasn’t the end of special guests, Dierks then brought out Brothers Osborne for their latest duet “Burning Man”.

You would think that’s all for surprises, but not by a long shot. Florida Georgia Line brought the party and even sang to Randy Travis sitting in the first row. Florida Georgia Line is known for their collaborations, it was no surprise Bebe Rexha was on hand to sing their 4x platinum single “Meant To Be”. Rexha donned a 6,000 Swarovski crystal cowboy hat during the performance. Label mate Morgan Wallen joined in to perform “Up Down”. The duo then brought out the Backstreet Boys for “God Your Mama and Me”.

Luke Bryan closed off CMA Fest just right performing his hits for a half an hour that went into CMA Fest Day 5. Cole Swindell (who used to be Luke Bryan’s Merchandise Manager) performed “Rollercoaster” with Luke making the crowd go absolutely nuts. In true CMA fashion the night ended with beautiful fireworks over the stadium. Be sure to get tickets to the 2019 CMA Fest available in August.