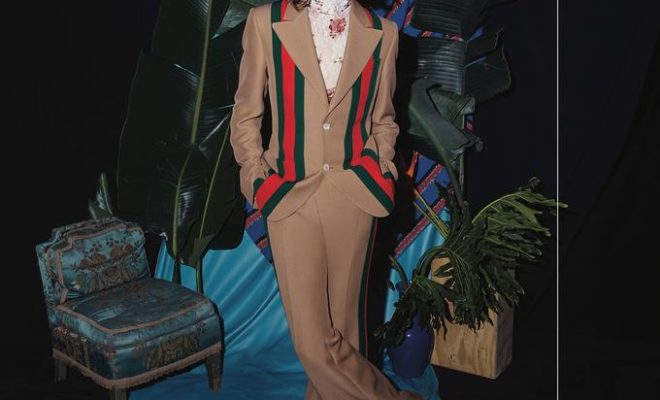 The second full-length from BØRNS, Blue Madonna, is proof of the strange magic that can be made from embracing instinct and wonder. In creating the album, singer/songwriter Garrett Borns found his curiosity sparked by sonic phenomena of all kinds: impromptu recordings of nocturnal creatures near his parents’ house in Michigan, early-’60s AM pop, Brian Wilson’s teenage symphonies to God, the mariachi music constantly echoing through his former L.A. neighborhood. As on his debut album Dopamine—a 2015 release featuring the platinum-selling breakthrough single “Electric Love”—BØRNS transforms his kaleidoscopic fascinations into dreamlike pop music that bears a classic sensibility but ultimately feels like some glorious future.

Lavishly textured and stylistically unpredictable, drenched in sublime melody and shimmying grooves, Blue Madonna again reveals BØRNS’s limitless originality (a gift once recognized by Prince, who praised “Electric Love” in one of his final interviews, stating “I like that you can’t tell what it’s inspired by”). In bringing the album to life, BØRNS reunited with Dopamine producer Tommy English (K.Flay, Andrew McMahon in the Wilderness) and sculpted a more expansive, ornately arranged sound than he’d ever attempted before.

“For this record I really wanted to push myself with the songwriting and production, and avoid that thing of trying to nail the songs into a certain structure,” says BØRNS. “I wanted to write a little more orchestrally, with different movements and key changes, kind of like the Beach Boys did.”

On the album-opening “God Save Our Young Blood,” Blue Madonna brings that symphonic grandeur to a delicately sprawling anthem driven by BØRNS’s ethereal vocal work. With its plush beats and sunlit harmonies, the track unfolds in lyrics both enchanted and unnerving (“Baptized in blue skies/Roll the window down, reach out/Feel around for new life”). “I’d been looking at these different translations of the story of the Garden of Eden,” says BØRNS, “and I was thinking about the idea of how we kind of kicked ourselves out of paradise, and how that relates to the current state of humanity and the earth. The song is like a plea to nature or to love: the thing that’s going to bring us together, but also eventually destroy us.”

An album built on brilliant contrast, Blue Madonna takes its title from a stripped-back, sensually charged slow jam whose lyrics betray a childlike sweetness (“She glides in a swan dive/Cooler than a strawberry shake”). “To me the idea of Blue Madonna represents innocence and purity and virginity, but there’s also an element of sadness,” says BØRNS. “I think that’s a main theme of the album: trying to hold onto that innocence.”

With its effusive rhythms and soaring vocals, “Man” embodies another theme central to Blue Madonna. “‘Man’ is about feeling almost immortal but also really vulnerable—the idea that even if you have everything in the world and you feel like you’re on top of some mountain, you’re still going to get your best night’s sleep in the lowlands with someone you adore,” says BØRNS. “The concept of immortality is something that I thought a lot about while touring,” he adds. “Sometimes on the road you feel almost godlike, and other times you just feel completely worn out and beat down.”

In beginning Blue Madonna, BØRNS had few set intentions beyond an urge to experiment with unorthodox instruments (such as the theremin) and to work with composer Steve Weisberg in adding string arrangements to the mix. “The way that Tommy and I tend to work is we just create as we go along,” he says. “We try out different things and puzzle-piece different ideas together, and then just see what happens from there.” This time around, the two collaborators tested out various approaches to pushing their creativity, including “getting up really early and working before our brains were awake, to find out what naturally comes out of you when you’re not totally thinking straight,” as BØRNS explains. The result of that experiment: “Iceberg,” an intensely hypnotic track that merges its jagged guitar tones with a looped piano riff to beautifully eerie effect.

Looking back on the making of Blue Madonna, BØRNS notes another objective that closely guided the creative process. “When we first started working on the record I said to myself, ‘I wanna feel completely exhausted by the end of this,’” he says. Many months later, BØRNS realized he’d fulfilled that mission upon heading to San Francisco with English for one final round of recording. “Every day for a week we’d wake up and jump into the ocean and then go record all day long; we just lived in the studio,” he says. “I remember sitting at this little oyster bar at the end of that week and drinking tequila and just being blissfully exhausted, and feeling like, ‘Okay, there we go—that’s all we had.’ I really don’t think we could have put any more of ourselves into this music.”