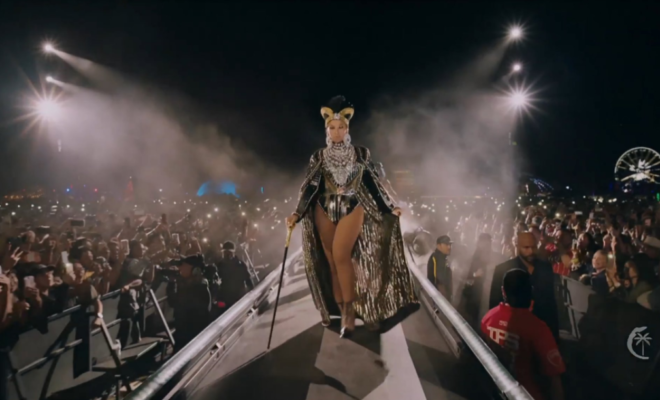 Beychella was in full swing on day two of Coachella. Fans lined up at the barricade since the festival opened hoping to score a prime spot for Beyonce over twelve hours later. Fans at home watching the livestream were eagerly waiting the queen to take the stage. Fans were less enthused with Post Malone going over his set time and even telling a story. Once the show began the Egyptian vibe was present which soon turned into a high school/college theme with full band and steppers.

Waiting an extra year due to Beyonce’s 2017 cancellation due to her pregnancy was well worth it. The non stop spectacle was something of a dream for fans. Besides the queen owning her customized stage, her husband Jay Z surprised fans with a duet. The real talk of the night was Destiny’s Child reunion. The trio performed “Lose My Breath”, “Say My Name”, and “Soldier”. Can we please pray for a reunion tour?