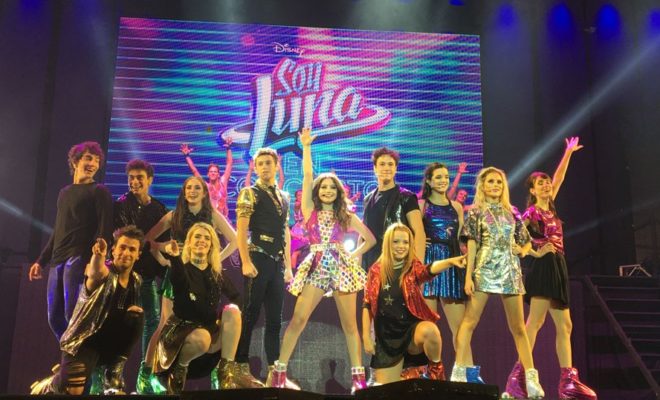 The South American/European phenomenon comes to the US for the first time ever to the Verizon Theater in Grand Prairie, Texas on October 13, 2018.

Get ready to sing, dance and roller skate! After selling out arenas all over Europe and South America, “Soy Luna” is coming to the United States of America. “Soy Luna” is the mega hit novela produced in Argentina for Disney Channel worldwide. The show rides on the success of “Violetta” which became one of the most successful Disney Channel shows ever garnishing multi platinum albums and multiple sold out world tours. “Soy Luna” unlike it’s predecessor will be taking its high energy live show to the United States, becoming the first Latin America Disney series to do so.

“Soy Luna” focuses on Luna Valente, a young Mexican girl who loves to roller skate. Her life is turned upside down when her adopted mother gets an incredible job opportunity in Buenos Aires, Argentina. She moves to a new country that holds many ties to her past and finds herself in a love triangle with her best friend from Mexico, Simon and feisty roller skater Matteo. The series is filled with song, dance and of course roller skating! It airs Monday to Friday at 6pm on Unimas.