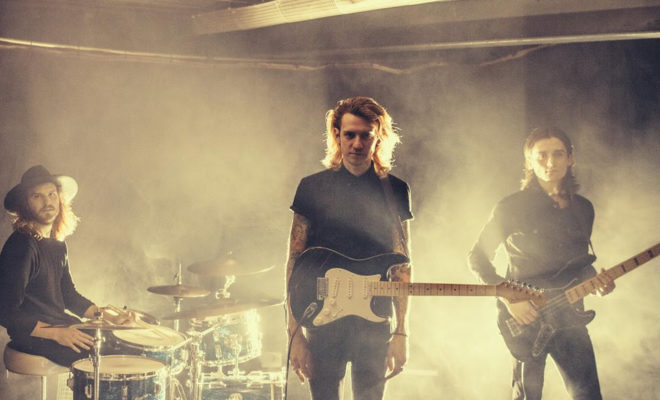 Beach Weather has been making waves ever since they emerged on the scene late last year. The band has shared the stage with The Maine, PVRIS, Sleeping with Sirens, and This Wild Life. They have also received international attention from major outlets such as UK’s Rock Sound and USA’s Alternative Press.

Following the success of their video for “New Skin,” Beach Weather has debuted the highly anticipated follow up video for “Swoon.” Both tracks come fresh off their debut EP, What A Drag. Visually, “Swoon” takes on a much darker tone than “New Skin” which featured the band driving around enjoying the summer breeze. Shot entirely in black and white, “Swoon” has the band performing the song against a shadowed background with spotlighting and drifting smoke. “Swoon” takes on a more serious older brother feel to the fun loving “New Skin” and showcases the band’s versatility.

Check out the video below and let us know what you think in the comments!