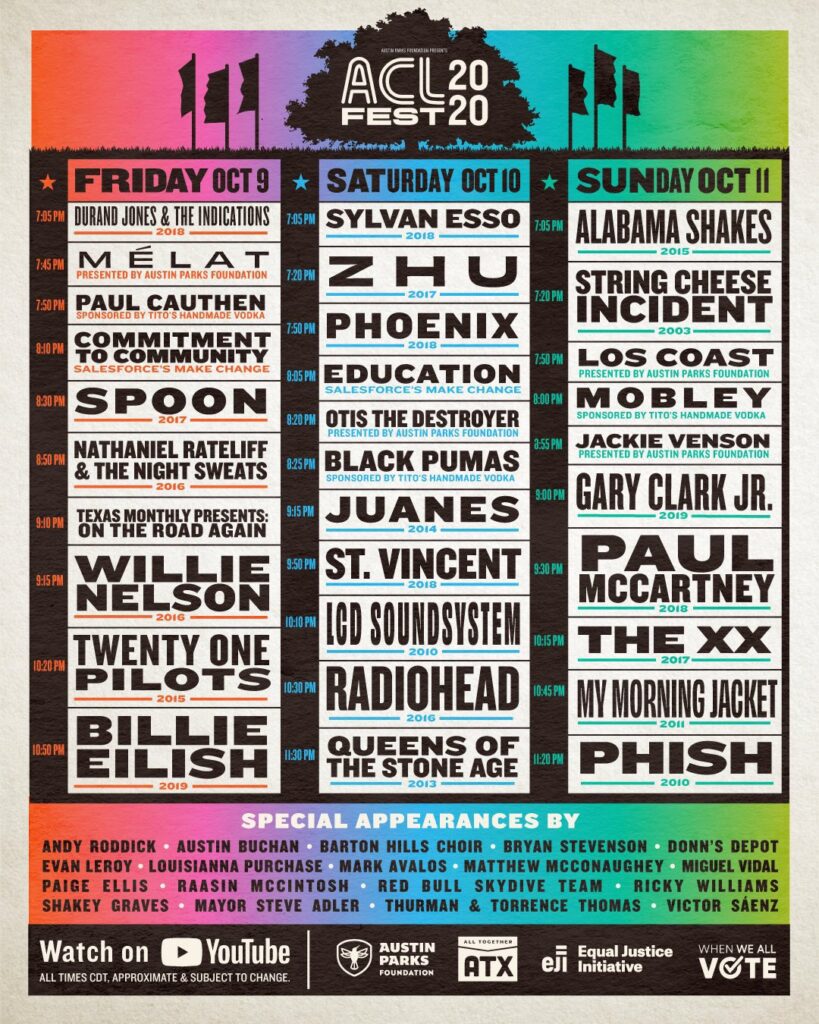 In addition, the broadcast will feature original programming and contributions from the entire Austin City Limits family, including classic tapings from Austin City Limits TV, a behind-the-scenes tour of ACL Live, and backstage artist interviews from ACL Radio.

Fans can tune on October 9 -11 on at ACLFestival.com and YouTube.com/ACLFestival.