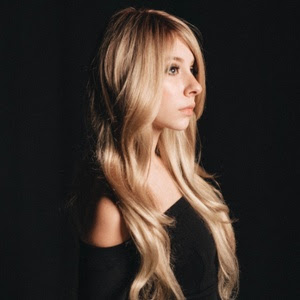 Congrats on your album! How did you go about choosing the songs that made the cut?
Thank you so much! I had spent a couple of years dedicated to writing songs. As I wrote, there
would be songs I absolutely loved or connected with personally. So I’d make a note of them. At
the beginning of 2019 I decided to release a song and video every month for the year. Most of
the time when choosing what to release next, I’d look at the list of songs I’d set aside. There
were a couple tunes I’d planned to release at a certain time in the year. Mostly to correspond
with dates and events that inspired the song.

Do you have a favorite or standout lyric off of it?
I really love the lyric, “I think I can take the way the night behaves” off of the song “Night
Follows”. It speaks to dealing with the dark emotions that follow us around, and I think it
resonates with anyone dealing with a negative or even traumatic past experience of any kind.

What made you decide to entitle it The Way The Night Behaves?
I think it’s unique and I’ve noticed that it means something different to every person who reads
it. In my song “Night Follows” this line means something specific to me. It’s a line that
symbolizes a very personal experience I had. What I love about songwriting is that it can
connect so many different people. And not because we’ve all had the same experiences but
because we all feel the same emotions.

For new fans, what song should they listen to first?
I think “Fragile” is a great introduction to me and my music. The production goes back to my
core which is simply piano and vocals. I love the lyrics in this song. They paint the picture of
how it feels to be in love and vulnerable with someone.

How did the Songland opportunity come about?
A colleague of mine shared that Songland was looking for songs. I decided to create something
from scratch. I wrote in my room by myself, at the piano. I sent in what I wrote thinking, “hey
why not?” and within just a few days I was asked to fly out to LA.

Do you have any dream co-writes?
Even though I was blessed to meet him on Songland, I’d love to write with Ryan Tedder. I’ve
been inspired by so many of the songs he’s written on.

Since most of the world is or was in quarantine, what did you do to pass the time?
I’ve done my best to get outside a little bit every day. There’s a garden in my backyard now due
to being quarantined. I’ve watched a few more cooking shows than I normally would! I have
been able to write and create content from home though and I’m grateful for that.

Is it easier or harder for you to be creative during these times?
I’ve been able to write on my own quite a bit, but each day is different. Sometimes I’ll set
specific time aside to write or I’ll have an idea I’m excited about. I do miss co-writing with
people in the same room. I’m grateful to have the option of writing with people on Zoom and
sessions can still go great but it just isn’t quite the same.

What else can fans expect from you this year?
I actually just released a video for my song “Night Follows” and I’m really excited about it! Also,
I’ll be releasing brand new music before the end of the year. They’re songs I’ve been holding on
to for a long time and I can’t wait to finally share them with the world!