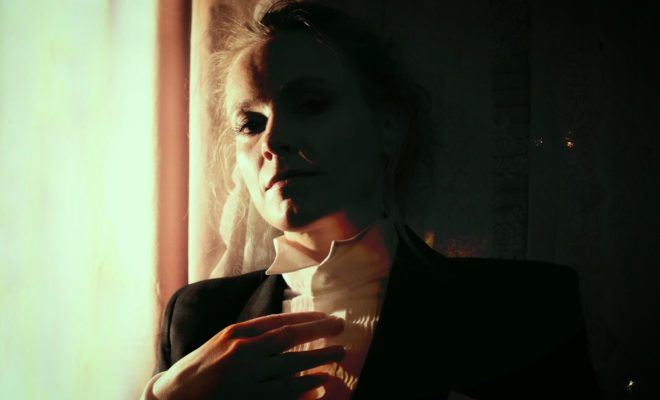 Stage Right Secrets spoke with Ane Brun to learn all about her new music and what she’s been doing while in quarantine. Read our exclusive interview, below.

Congrats on “Honey”! It has such an amazing backstory, can you tell us a little bit about it?
“When I was a teenager I had a penpal for many years, it was very intense and personal. It was almost like a diary. I remember sometimes I got a letter of sixty pages. When we got older we decided that we were going to swap letters and our deal was that it was going to be done when we got married, but none of us did get married. Mid-thirties we swapped. I got this big shoebox of letters from her, I still haven’t read them all. In the box there was a cassette that I recorded for her, that was me talking for almost 45 minutes about love and heartache and my first festival.”
Was there a specific moment when reading the letters that made you realize that you needed to write a song about them?
“I got so emotional when I heard myself talk at that time of my life when I was done I felt like I had to write about this I had to write something to this girl who was eighteen at the time. It was almost a love song to myself as an eighteen-year-old. It feels really good to be reunited with that happy core of me in that young girl.”
You also co-produced the track, what made you get into production and songwriting?
“I started writing songs when I was twenty-three. I played guitar at twenty-one. It was something that I just needed to do, it was really strange. When I started, it became an addiction. When it comes to production, it’s something that I’ve learned through the seventeen years that I’ve been recording music. Working with producers and technicians I have learned while being there and I have been more and more involved in the production. I actually took a course in the software as well. It was about five years ago when I felt that I could go in and co-produce for real.”
How do you go about finding the perfect collaborators?
“I believe that I’ve learned by working with people, I believe it’s the perfect combination of talent and chemistry between me and the person. Trust I think is important that you feel that you can work together and make mistakes and grow together. I follow my instincts a lot and that has worked pretty well.”
This is the fifth release from your upcoming album, how far along into the process are you?
“The album is finished, we have all of the songs mastered and done. We haven’t made the order of the songs, that’s what we’re going to do right now and make the artwork.”
Is there a standout lyric for you off of the record?
“There’s quite a lot of important lyrics there for me. This album is about big themes in life, it was written during the last two or three years dealing with losing my father, politics, mid-life crisis, happiness, and also some relationships. The lyrics are more like advice. I love the lyrics for ‘Song For Thrill and Tom.'”
[embedyt] https://www.youtube.com/watch?v=JXGP1-C1ESU[/embedyt]
What else can you tell us about the album without giving too much away?
“It’s a diverse album, it has big songs with a bigger production and a bigger sound in a way. It has elements of electronic and mixed with analog. I tried to make the perfect blend of modern and human somehow. There’s quite a lot of beats and rhythms on the album but there are also ballads. Similar to my old sound with a new touch.”
Most of the world has been or is in quarantine, what have you been up to during this time?
“I was kind of lucky since the quarantine started when I was almost finished with the album. I could do remote work I could finish songs here in Oslo where I’ve been spending my time. Just finishing up the album at a distance which has worked. I had recorded two videos before this started, I made new videos during this time. I feel like I’ve made the best out of it, I tried to be real and authentic in my communication. There hasn’t been any room for superficial small talk. People have been in difficult situations, what we need is comfort and trust and community. I’ve tried to do my best to give some of that through my social media. I loved the process of releasing the singles and giving each space to land.”
Did you find it easier or harder to be creative while at home for an extended period of time?
“If I had been forced to write an album at this time, it would be hard. I’m not sure if I would have that space in my head to complete an album, but you never know. In a sense, it’s been easier because it’s been calm and there’s no social life but at the same time your brain is full of what’s happening in the world. The news is changing every day and there’s quite a lot of insecurity about the future. I’ve been able to create things around my songs.”
What can fans expect from your upcoming European tour?
“Well, I hope they can expect a tour. We’re still waiting for that call from the venues, we don’t really know. When the tour starts, whether it’s this year or next year, I have a new band with two drummers, keyboardists, cellists. It’s going to be energetic and will also bring out my soft side.”
Related ItemsAne Brun
Jacklyn