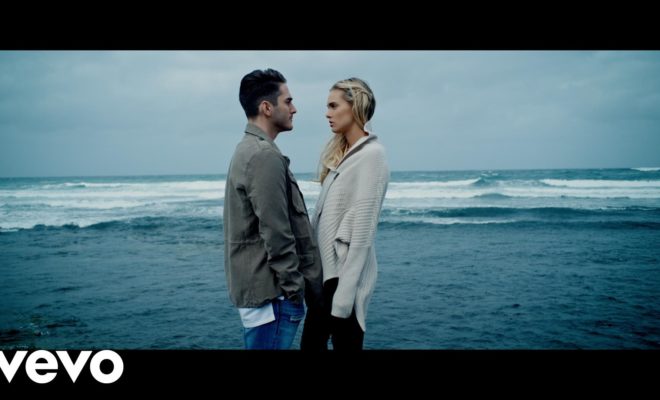 You may remember the name Alex Marshall from the successful pop/rock band, The Cab. Alex played piano, rhythm guitar, and back-up vocals with The Cab for many years. Since that venture has come to a close, Alex has evolved into his own artist. The singer-songwriter recently came out with his debut single, “Hurricane.” The single is off of his upcoming album. Alex wrote and produced all of the songs on the album, including “Hurricane.” He was even invited to go on the road with Justin Timberlake and Wright Entertainment Group to learn more about the industry. Alex has definitely proved himself to be a name you won’t want to forget. We got the opportunity to chat with Alex about his upcoming projects. Check out the interview below!

Your debut single as a solo artist, “Hurricane,” just recently came out. What was the recording process like behind the track?
“Hurricane was actually the last song I recorded for the entire album. It was the last song I finished, the last song I recorded, the last everything, but it ended up being the first single. During the recording process, I was doing things in increments. I would record two songs, write songs for other artists, then do two more songs. It was a longer process, but I’m okay with it being a little longer because I love Hurricane.”

You said “Hurricane” was the last song you wrote for the album, but the first single. How do you make that decision when you have so many different songs?
“As the artist it is really difficult because when you are recording, you are listening to the songs over and over. I just go with my gut. I wrote the song about an ex girlfriend of mine that was a public relationship. I wanted to get that off the slate. It’s what I wanted to put out first. The second single is actually much different than ‘Hurricane,’ so I am showing both sides of the record.”

The music video for the song is amazing. How long did it take to film it?
“I wrote the treatment about two months before we shot the video, so I wrote the story out, how I wanted it to be depicted kind of playing off of that past relationship. We ended up shooting for a day and a half. The majority of the video we filmed that first day. It was a twelve-hour shoot and then the next day we did a couple more hours.”

How has the transition been from being in a band to evolving into your own artist?
“I think there is a couple sides to that. When I was with The Cab, I had a team of people that I was working with. We had management, a label, and a big group of people that we were working with. Once I left the group, it was a really eye opening transition because I didn’t have that whole team. Initially I didn’t have any of that. I had to pick up the pieces that other people were helping me with when I was in the group. I had to learn quickly about the business and that kind of thing. Writing songs for other people is much easier for me than writing songs for myself. I am very critical of myself. I didn’t grow up listening to a lot of pop/rock music, kind of like The Cab’s music. I grew up listening to funk music because of my dad. I wanted to infuse what I grew up listening to with what I really love. Once I figured it out, it became what you hear.”

Do you have any special plans for the release of your album?
“We are shooting a couple of videos. I wanted to do something different with the fans. I wanted to get fans together but I didn’t really know what to expect. I threw a secret listening party in New York City. It’s been such a long time since The Cab released music, so I didn’t expect so many people to show up. The support was overwhelming. I played them my new music and I thought this is such a cool way to interact and engage with the people that have been following me since I was younger. I wanted to incorporate this into one of my videos. In the upcoming video that I am shooting, we are going to bring fans into the video in LA. The second video we are shooting, the fans are going to be engaged. They will have a say in what we do. They are kind of writing the music video with me.”

What is your songwriting process like when you are writing for yourself versus when you are writing for another artist?
“It’s a really strange process because when I am working with somebody else, my instinct is immediate. When I feel that it’s the right thing, I don’t second guess that. I just know. That is usually the route we stick with. With my personal stuff, it is never finished. When I put ‘Hurricane’ out, I still thought I could make it better. I am much more critical of myself than when I am writing for other people.”

You also gave out a personal phone number on social media to connect with fans. Have you gotten any crazy messages?
“Some people think that it is a fake number, but it’s actually a phone that I have on me. I opened another account just for this. I can share content and basically have a photo stream including photos and videos that I don’t post online. Some I do post, some I don’t post. I’ve gotten some funny responses. Sometimes I’ll just FaceTime people completely unexpected. I love FaceTiming people overseas and sometimes I don’t take into consideration the time difference. I’ve gotten text messages back from fans saying their teacher took their phone, they are in class, or that it’s 4 am where they are from.”

You were invited to go on the road with Justin Timberlake and Wright Entertainment Group. What was that experience like?
“Long story cut down, I was doing some song writing for an artist that is managed by Timberlake’s management company. I did a song for her and I sang on it. It was a demo so they could see that I was picturing it as a duet. A month or so later, I got a phone call from this European phone number. I picked up the phone and they asked if I could be in Amsterdam in 48 hours. 48 hours later, I was in Amsterdam trying to find my way around. Justin and his crew weren’t there yet, so I was trying to navigate around the city on my own.

I ended up being on the road with them for three weeks. Within his management company, they have had the same group of people since Justin was young. I didn’t know what to expect, I didn’t really know why I was out there. I felt like it was because they liked the song I did for the girl, but it turns out they wanted to hear my music and what I had been working on. I finally got the opportunity to play my music for Justin. I thought he would either come in and be stone cold and super stern, or the Saturday Night Live Justin. He walked in and he was stone cold. He goes “alright, play the stuff.” It was me, him and his DJ. I played him the stuff and he was stone cold the whole song. He didn’t move at all. At the end he said, “it’s good, can you play another one?” I played him a second song and he was a little bit looser and more relaxed. After I played him the second song he said, “That’s good. You should take this to Timbaland.” The DJ who was in the room with us was Timbaland’s DJ. Timbaland is my idol for production and songwriting. From that point on, I lit my fuse because I knew I had to get this record done ASAP. The guidance and mentorship that I got from that team helped me get my album done.”

Do you plan to tour with this album?
“Absolutely. Since I toured for so long with The Cab, I became addicted to that lifestyle. I love playing shows and I love interacting. We have been off the road for so long. It’s definitely something I crave.”

What’s next for you?
“I have a video we shot in New York City that will be coming out. It is a version of ‘Hurricane’ with a group of people who played on my record. It features an acoustic guitar, two singers, a drummer, a keyboarder, and myself. I wanted to do a different arrangement of Hurricane and record it in the studio, so that’s coming out. Then we are shooting two videos in the next couple of weeks. I am so excited because the next songs are going to be fun.”