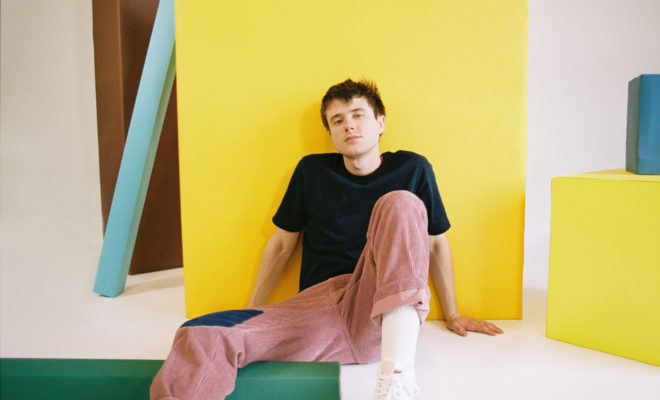 Alec Benjamin Debuts ‘Must Have Been The Wind’

Alec Benjamin has unveiled his newest song “Must Have Been The Wind,” alongside a lyric video for the track.

Since the release of his critically-acclaimed debut mixtape NARRATED FOR YOU back in November, Alec Benjamin’s star has continued to rise without any signs of slowing down. Most recently, the mixtape’s chart-climbing lead single “Let Me Down Slowly” was officially certified platinum. This fall, he’ll perform his largest U.S. headline shows to date at Fonda Theatre in LA on Wednesday, October 9th and Terminal 5 in NYC on Friday, October 25th. Alec recently announced his first-ever Caught In The Middle World Tour, which gets underway August 16th at Summer Sonic in Tokyo, Japan and continues through Dublin, Ireland on November 28th. He’ll also make festival rounds this summer including performances at both Firefly and Lollapalooza. For a glimpse at Alec’s incredible live show watch him perform “Water Fountain” and “Let Me Down Slowly” LIVE from New York. See complete itinerary below and please visit http://alecbenjamin.com/tour for tickets and more information.

Last month, Alec brought out his idol and friend John Mayer to a packed crowd that went wild. The two performed Alec’s fan-favorite song “Death Of A Hero” (watch HERE) and then John’s classic “Slow Dancing in a Burning Room” during night 1 of Alec’s two back-to-back sold-out shows at LA’s El Rey Theatre which bookended his second sold-out nationwide US headline Outrunning Karma Tour. Mayer, who also had Alec as a guest on his Instagram show, is calling him “a young jedi”.

The rising artist – who has racked up over 650 million global streams – kicked off 2019 with his US television debut on The Late Late Show with James Corden, performing his now RIAA platinum certified single “Let Me Down Slowly.” That same day began with the release of the striking updated version of “Let Me Down Slowly” featuring Alessia Cara. Upon release, the duet quickly received rave reviews with ROLLING STONE hailing, “Benjamin and Cara’s voices meld together on the hypnotic pop tune as they reflect on vulnerability and the fear of losing a good relationship. Cara’s contribution is a bit of soulful accentuation to the cooler tones of Benjamin’s voice as she tackles the second verse and chorus.” Benjamin went on to enter the Billboard Hot 100 with “Let Me Down Slowly (Feat. Alessia Cara)” and graced the cover of Spotify’s esteemed Pop Rising playlist. Alec’s Spotify Singles are also now available and feature stripped renditions of “Let Me Down Slowly” as well as his fan-favorite, emotionally gripping cover of Eminem’s “Stan” – listen HERE.