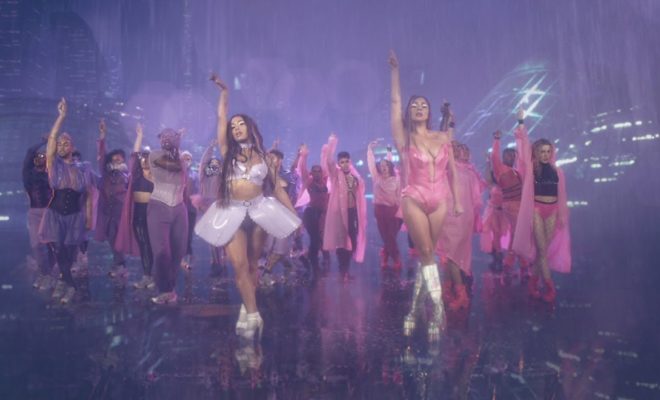 “Rain on Me” is a song by Lady Gaga and Ariana Grande, from Gaga’s sixth studio album, Chromatica (2020). An upbeat house, dance-pop and disco song, the song features a synth-disco beat and funk guitars. Described by Gaga as a “celebration of tears”, it is about being able to keep going despite the hardships of life.

The accompanying music video was directed by filmmaker Robert Rodriguez, and features Gaga and Grande dancing inside a giant arena during a rainstorm, with daggers falling from the sky.