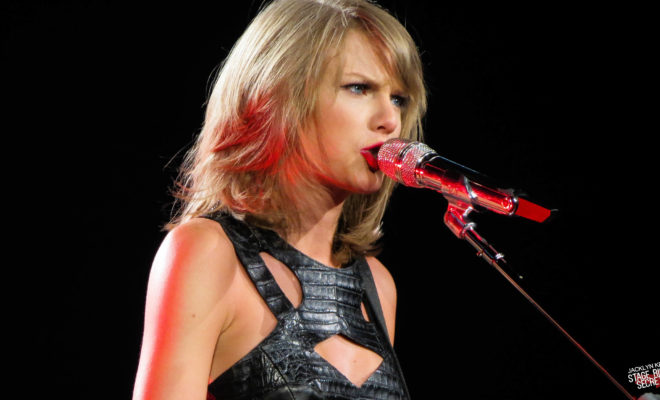 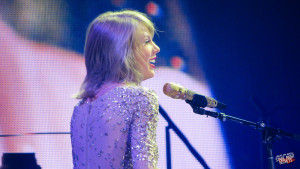 Before I start writing our review, we want to give a huge thank you to Premium PR and Taylor’s team for having us and being so accommodating!  For the first time in a long time, I’m trying to find words to describe a concert. The words I would use to sum up the night would be: production, dancing, inspiring, energetic, and talent.  Vance Joy started off the night performing with an acoustic guitar. I was a bit concerned at first about how he would win over an entire arena with just standing at a microphone stand. He certainly was able to win over all of the fans with his accent, charm, and inspiring lyrics. After each song it seemed like the crowd’s energy kept building. Vance had a way to make it feel like he was staring right at you and somehow took an entire arena and made it intimate, which was no small feat. If you like love  folk, pop, or acoustic music- his music is right up your alley! 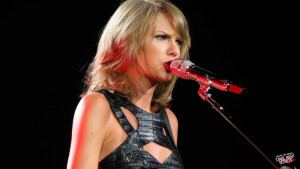 Counting down to Taylor made me so anxious. The first time I saw Taylor she was an opening act, then at her Fearless tour. To see her sell out this arena was a full circle moment. 17,999 friends and I screeched of excitement as the music for “Welcome To New York” began to play. Even the security guards sang and danced along.  Before her set began we even had a conversation with security about how well she treats her crew and how kind her mother Andrea is.  Because Taylor is Taylor, she later surprised us with THE BAND PERRY! 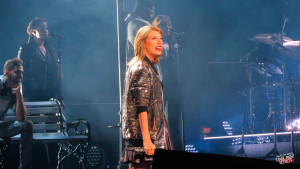 Something I think people forget is how the entire show works; you have Taylor, the band, the dancers, but a part of the show that gets overlooked is her production team and crew. They are the ones making sure everyone is safe and making a very intricate show work seamlessly. So to Taylor’s crew- thank you for creating one of the best productions I’ve seen in my life. The videos playing in the background were a  show in it of itself.  Even the breaks during costume changes and intermission has videos playing with trivia, Taylor’s friends, and fun behind the scenes videos. 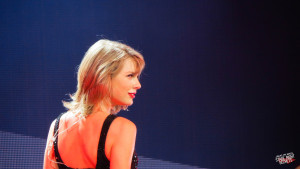 Her dancers were also acrobats, actors, and support for Taylor. Most of the show I had no idea where to look, at them, the screen, Taylor, or the band. During “Fifteen” every single person in the crowd was singing along so loud, you can hear the echo and reverb.  But when she started speaking before her song “Clean” you could hear a pin drop. The crowd was so silent and in awe, if she ever decides to quit singing she should definitely start speaking! 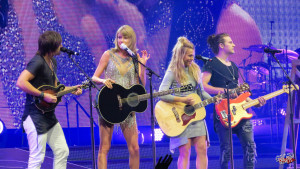 What makes Taylor fans different than any other band’s fans is the fact that we’re all supportive of each other. Including to Taylor. There wasn’t an open seat in the arena, even fans sitting behind the stage.  Fans took the time to create elaborate costumes and camp outside for a girl from a Christmas tree farm we all are in awe of. 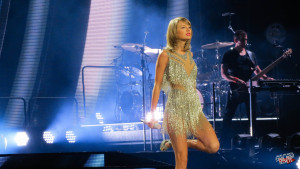 Having a world superstar like Taylor take moments of just sheer joy and bewilderment staring out into the crowd makes me glad she’s still the same teenager we all fell in love with. Taylor isn’t only a superstar but a storyteller, a supporter of her fans, a daughter, and most of all an inspiration.  I can’t wait to see what she does next and we’ll definitely be there screaming along for her!