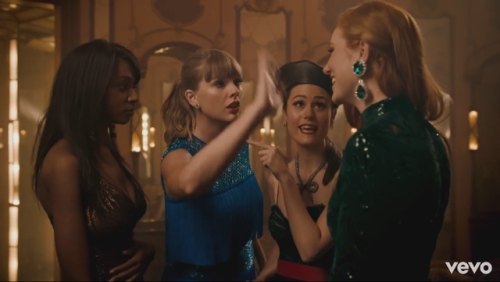 Swifties are singing praise for Taylor Swift’s latest video for “Delicate”. The video features Taylor dancing in a blue flapper-esque dress. Her longtime collaborator Joseph Kahn directed the video which premiered at the iHeartRadio Awards Sunday night. Taylor starts off the video being her normal self where people followed her around and ended up going invisible and enjoying herself, including classic goofy faces that will surely be made into gifs.

Taylor Swift will be on her world tour this summer with opening acts Camila Cabello and Charli XCX. Ticket info is found here.