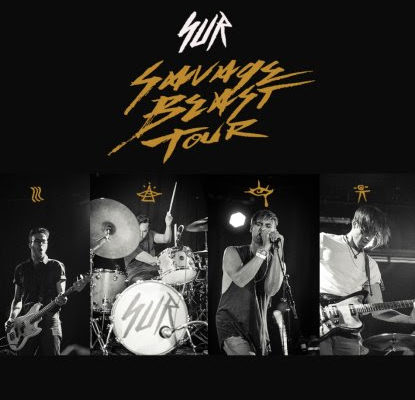 Zack Arnett of SUR announces the release of his debut EP and California tour today. SAVAGE BEAST EP will be released May 18th along with the SAVAGE BEAST TOUR which will kick off on release day, May 18th.

SUR has released three songs over the last several months including last week’s release of “STIX + STONES”” which was featured in an episode of Grey’s Anatomy.  “STIX + STONES” followed the release of “MAKE IT TO MORNING”, which was recently chosen to be featured in a Budweiser television campaign and in an episode of the Fox show “Lucifer,” and “LEAN BACK” which was featured in NCAA College Football on ESPN, Riverdale (CW), EA’s  “Need For Speed” car racing gameand was the NASCAR playoff anthem. “LEAN BACK” is currently the theme for WWE Fastlane Pay Per View which began airing last week.