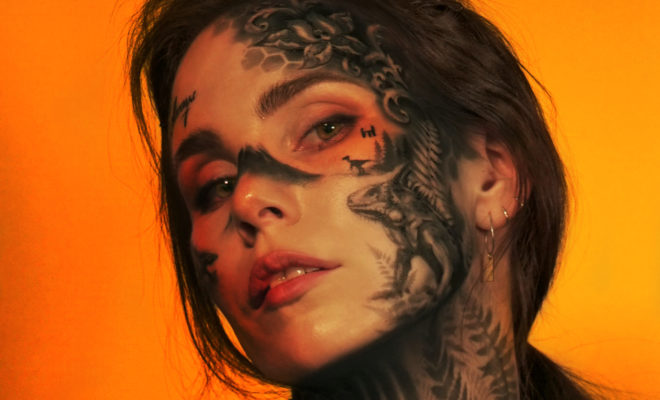 Stage Right Secrets caught up with Skott to chat about her debut album, quarantine, and what’s next. Read our exclusive Q&A, below.
Your debut album is out now! What is it like to have it in the world?
I feel like I’ve been working on it forever… so it’s wild to finally say “it’s done” and put it out there for the world to hear.What made you decide to entitle it Always Live For Always?

a.l.f.a… It’s “alpha” in Swedish, meaning first, which felt fitting for my first album. I also like the picture of an alpha wolf summoning its pack. It comes from a line from my song Midas, which is on the album. Something about it resonates with me, it’s like, live for the moments and live for the present. But at the same time humans can have this desire to be immortal, live forever, or make a precious moment last for eternity. So there’s a few angles to it, depending on how you want to look at it.

Was there a specific process behind the tracklisting order?
Not gonna lie, I did spend a few days just listening and trying to figure out the tracklist order, while we were mixing and mastering. So there’s sort of a theme of dreams that runs through the album, and it starts out with opening your eyes, visualizing dreams, then questioning and testing them, daydreaming, and then near the end of the album, finding and making dreams a reality.

Were there any songs that didn’t make the cut that you would have liked to see make it?
There were a couple that I wanted to include but ended up deciding they fit better together on a second album. And yes I’ve already started on a second album, I can’t wait to keep making new stuff and getting it out there.

Is there a standout lyric or line off of the album for you personally?
I think a.l.f.a. ”Always Live For Always” from Midas, sums it up pretty well… You’ve got the “live forever” kinda vibe, but also the wolves and nature and mystical aspects of the Skott world.

What went into the creation of your “My Name” video?
We did it during quarantine times, soon after returning from a crazy show in Mexico City. So my best friend and I filmed it in my apartment and we just ran with it. Except for two videos, I direct and produce all my videos together with Paras IV, and it’s a lot of fun to see how creative we can get with whatever we have lying around, basically. The process for “My Name” was actually quite spontaneous, entirely with us two, in contrast to “Bloodhound” which was months of preparation and involved a whole cast of humans and creatures.
Do visuals play a role in your music?
Yes, I often get scenery or imagery in my head when I listen to melodies or a song, and with “My Name” it was a western cowboy desert kind of world. Hence some of the scenes in the video.Since most of the country is or was in quarantine, what did you do to pass the time?

I’m back into gaming more again, so I’ve got a little village in Animal Crossing and am also getting into the new Call of Duty. I’m also setting up my Twitch channel if anyone wants to hang out on another planet or visit “Skottland” in New Horizons, that should be up soon.Did you find it easier or harder to be creative?

I’m not sure if I feel a difference in creativity, you just have to get more creative with the tools available. I guess in a practical and physical sense, we’re more limited, but that doesn’t have to limit our imaginations.What else can fans expect from you this year?

Well my new album just came out, so normally I’d be out touring with that. I will probably be writing a lot of new music, and working on productions as well. I’ll probably start focusing on getting my second album together. I can’t wait to get new songs out there for my fans to hear.
Related ItemsSkott
Jacklyn