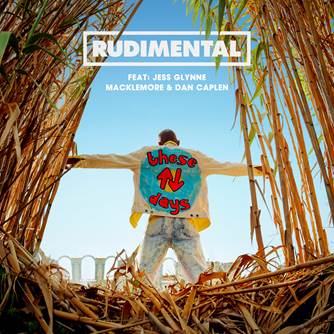 We’re beyond thrilled to have a new song from Rudimental. They have released their striking new single “These Days” featuring a stellar line up of Jess Glynne, Macklemore and Dan Caplen.

Taken from the bands forthcoming third album, “These Days” is released through the band’s own subsidiary label Major Toms in partnership with Big Beat Records in the US. The track sees the collective take it back a notch, whilst retaining their matchless, experimental sound – something which has seen the group become one of the biggest British-selling acts of the century.

The track was produced alongside John Ryan (Maroon 5/Kendrick Lamar), vocal duties stem from the inimitable talent that is Jess Glynne, [Jess is only the second female artist to ever have five #1 singles in the UK], Macklemore [four-time GRAMMY Award winner], and emerging soul/RnB sensation Dan Caplen.

Caplen wrote the demo in 2016 and after teaming-up with Rudimental for their hit-making production duties, he played it last year during a writing session in LA for Macklemore, who jumped at the chance to be featured on it. The final part of the jigsaw was Jess Glynne. Laying down vocals on the track after a studio session last year, Jess completed the stellar line-up – leading to the birth of the remarkable “These Days.”