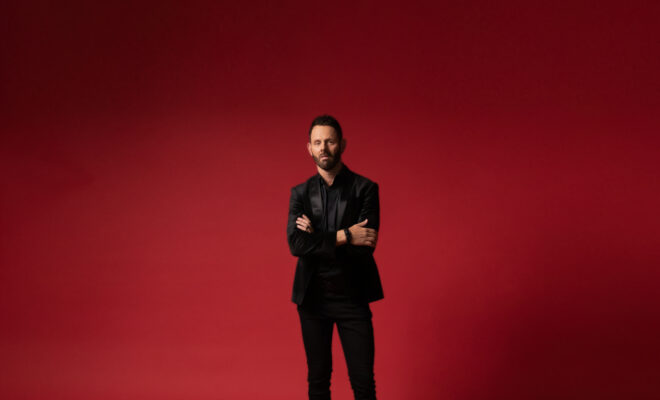 Newcomer Robert Bacon celebrates the holiday season with an original holiday song titled, “What Christmas Means To Me.”

The original holiday song debuted in November 2021, however, as the song is officially sent to country radio, the single is being revived in a new direction.

In November 2021, Robert Bacon released “What Christmas Means To Me,” co-written with his producer, Ben Calhoun from the contemporary Christian group Citizen Way.

The music video for the song was released just around the same time and features black-and-white snippets of Bacon and Calhoun recording in the studio, as well as videos of loved ones hanging ornaments in a Christmas tree.

Although Bacon is new to releasing music, he’s been throughout the scene for several years. In early 2022, the singer-songwriter released “DRINKIN’ THINKIN'” through Thrive Label Group. Although “DRINKIN’ THINKIN” was Bacon’s only official release of the year, the artist has several new releases and content slated for release throughout 2023.

Growing up on a farm in the Midwest listening to country legends George Jones, Loretta Lynn, The Oak Ridge Boys, and The Statler Brothers, musical talents of Alan Jackson and George Strait helped him develop a love and passion in Bacon to pursue country music.