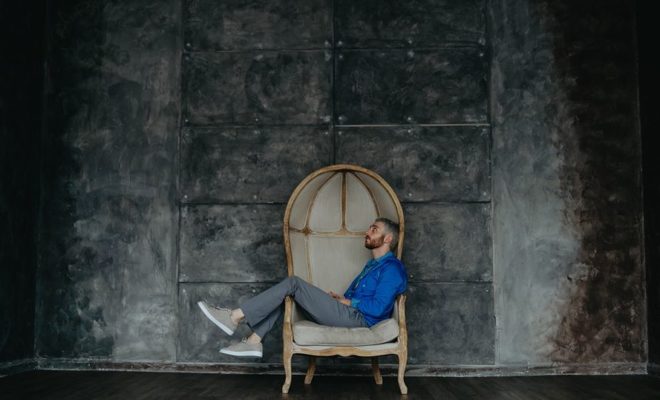 New York based Jake Benjamin is at it again today with his beautifully crafted song “4 Hours.” The follow up to his latest epic single and video “Bound to You,” Jake Benjamin shows no sign of slowing down in the New Year as we accompany him on this musical journey. The artist has been creating quite a buzz not only in New York but beyond, as writes honest songs that will have you singing along for days.

A few years ago, singer-songwriter Jake Benjamin made a left turn from his core self of being a musician that sent him on a winding, self-reflective odyssey through states and states of mind. This Fall he is pleased (as are we!) to announce his aptly-titled debut EP, Finally Back Home, an exquisite collection of jazz-tinged pop. “4 Hours” proves to be the perfect taste of the release as it will have you craving more of the musical powerhouse.

Jake is one of those rare gifted artists that early on could sing better than they could speak. Yet, when it came time to go to college, Jake decided to pursue a career as a music business professional, and chose not to fine tune his prodigious talents. However, while in college, Jake became reacquainted with songwriting and discovered the beauty of jazz.

During his studies at Indiana University’s acclaimed Jacobs School of Music, Jake had been fortunate to share the stage with renowned artists like Tierney Sutton, Darmon Meader, James Newton Howard, Kate McGarry, Cyrille Aimée, and many more. These roots and classical training have ventured into the writing and performance of his upcoming release.

Jake tempers this studied musicality with adventurous artistic explorations via a loop station. His innovative approach with this technology treats the loop station as a compositional tool through which he explores the possibilities of vocal layering, beatboxing, and body percussion. Though Jake loves collaboration with musician friends alike, his upcoming release will showcase his solo artistry with a collection of songs themed around Vincent van Gogh. These recordings will highlight concepts of the psyche, the human condition, and they will showcase Jake’s innovative use of his looper station.

“This is the song that illustrates obsession and how it draws from romantic expectation. In this case, I wrote this song after a Tinder date I had in New York with this person who lived in Europe. “4 Hours” is the idea of having to face reality that sometimes the love story cannot happen because of the fact that the two youths in this story live across the Atlantic Ocean. However, it has and will always be my belief that if the bond was true, that no matter how long the time you had, there was always hope that they would come back one day. Despite these dreams, it takes a lot to accept that sometimes the dream will remain a dream.”