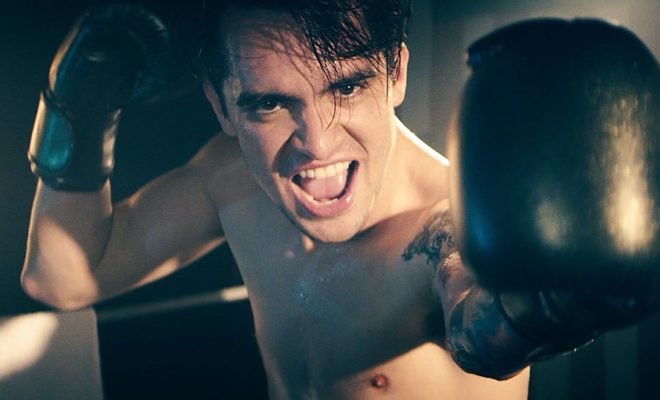 Panic! At The Disco have just released their newest video for their track “Victorious!” The song is taken off of the band’s upcoming album, Death of a Bachelor. While the track doesn’t have the same dark punch as “Emperor’s New Clothes,” it will still get you moving. In less than a month, Brendon Urie has gone from morphing into a dancing demon to helping little old ladies cross the street. What a guy.

Death of a Bachelor is set to be released January 15, 2016. You can get “Victorious,” “Emperor’s New Clothes,” and “Hallelujah” when you pre-order now! Check out the video below: