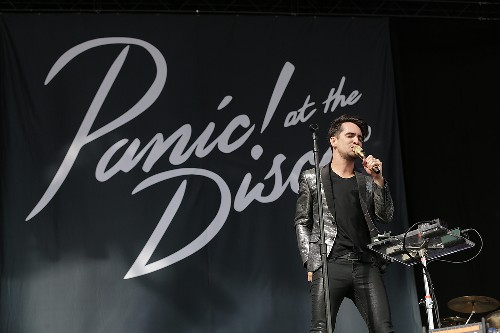 Panic! At the Disco just announced their Death Of A Bachelor Tour set for early 2017. Direct support will be from MisterWives and Saint Motel. The 35-city tour kicks off February 24 in Uncasville, CT and wraps up on April 15 in Sunrise, FL. They will be hitting major venues this tour with stops at New York’s Madison Square Garden and L.A’s The Forum. Pre-sale for AT&T customers begin on Monday, September 26 and general public on-sale begins Friday, September 30th and 10 a.m local time on LiveNation.com.

Check out the tour dates below and be sure to grab tickets for a show near you!

2017 DEATH OF A BACHELOR TOUR DATES:
*Panic! At The Disco and MisterWives Only 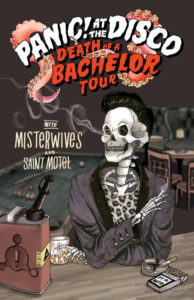