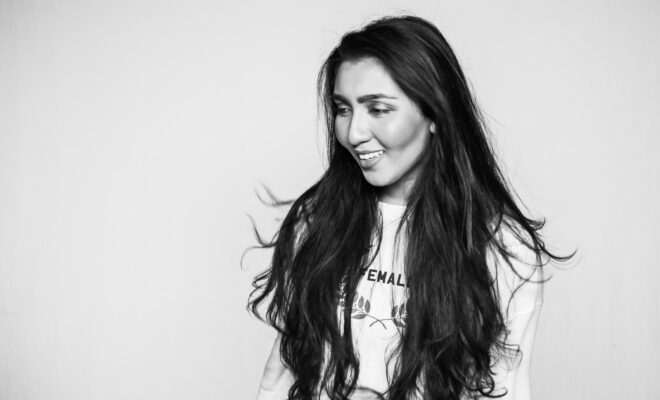 Our exclusive chat with Morgan Clae

Miss Morgan Clae is taking over our Instagram tomorrow (8/27) so let’s get to know her a little better.

What’s the story behind your latest single, “Something Beautiful”?
A few months ago, I woke up from an all too vivid dream that centered around an ex of mine. The dream was all too real. I woke up believing I was still with that person. But as I realized it was just a dream, all of my memories with and of this person came flooding back. Something I’ve discovered about myself is that I downplay past experiences in my head as a coping mechanism. But that ultra-real dream forced me to acknowledge how real what I felt for this boy and what he felt for me was. I legitimately pulled up all of our texts and reread through them. It reaffirmed how real and how beautiful what we had was even though we went our separate ways.

Can we expect more singles or an EP in the future?
Yes! I am on track to release at least one song a month for the rest of 2020, but I’ve been working hard and it’s looking like I’ll be releasing two songs in October and November each. I’m always adding songs to my vault and looking to put out an album toward the end of 2021.

Do you have a five-year plan or anything like that?
I do! My plan is a bit broader than that. As I am both a filmmaker and a musician, I want to create the next musical film (in likeness to “The Greatest Showman”) in the next 15 years of my life. The practical steps I am taking right now is pairing releases of my original songs in addition to getting into production on my first feature film mid next year that I wrote and will direct. I believe these steps will open more doors for me. All I can do is work hard. I believe the rest will fall into place.

How would you best describe your sound?
I would describe my sound as cinematic pop. I’m very influenced by film scores and classical music but I definitely want to give you lyrics that will be stuck in your head while making you feel something deeply. Big sounds with intimate lyrics. That’s what I aim to make.

How did your musician father influence you as a child?
My father has been the greatest influence on me as a musician. He has his PhD in choral music but from the time I can remember instilled in me the idea that all music is connected and knowing as much as you can about every genre will only make you a better musician. We’d jam out to ABBA and Journey in the car but then would have a Bach cantata come on where my dad would analyze and explain all the cool things Bach was doing. With that rounded musical view, I am able to pull ideas from every genre and it’s also easy for me to create specific sounds and genres when producing for other artists. I am so thankful for my dad and all he has done for me. (He also wouldn’t let me quit piano no matter how hard I tried to.).

What are some albums you feel shaped you as an artist?
The Human Condition by Jon Bellion has been a majorly influential album for me, along with Phase by Jack Garrat. These two artists are some of my biggest influences when it comes to songwriting and producing. Twenty One Pilots’ album Trench has been majorly influential as well. The way the duo writes their songs is also a perfect example of how I aim to write lyrics. Their music hurts, and that’s what I aim to follow. But per my dad, anything by Chicago has been deeply influential for me as well. My dad would always point out the cool things they were doing in their pop music that were actually extremely complex. I draw inspiration from them here and there.

What have you been reading and watching and listening to during quarantine?
I wish I could say I’ve been reading, but I’ve been using Slate Digital’s Slate Academy content to stay sharp with my production skills and understanding of just how powerful synths and DAWs can be. I also just finished watching Parks & Rec for the sixth time through.

What do you think the future of the music industry looks like now with COVID-19?
I think one thing is for sure now – good music will always prevail. In this time where it’s not about shows, it really comes down to artists’ ability to still create quality. While live shows are such an important component to being an artist and connecting with your fans, only a small fraction of your audience will ever see you live. I feel there’s a renewed emphasis on still grinding and making good music.