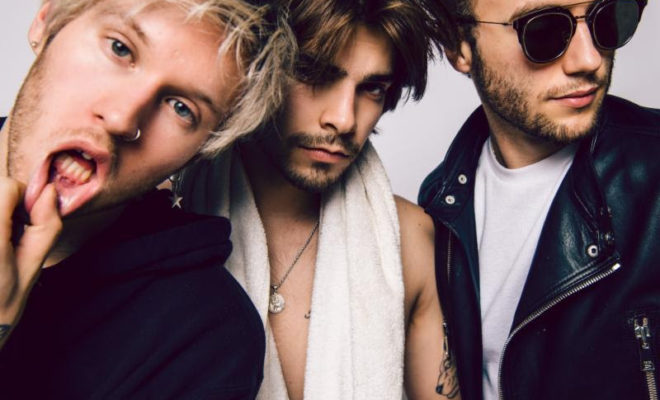 Genre-blending Toronto-based trio NEW CITY take their catchy single “Getting Closer,” to another level with the release of the official music video. Reaction to the track, which was released March 30th, was immediate with over 1.5 million streams online within the first month.

Getting Closer (Official Video) by NEW CITY on VEVO.

The video accompanying “Getting Closer,” which premiered exclusively with Apple Music, is directed by Steven Meyers and follows NEW CITY as Adrian, Jed, and Nathan walk the all-too familiar path of a hungry young band eager for their opportunity to shine. Various vignettes inspired by the band’s journey are spun in a hypnotic cycle as they trace and retrace their steps in a Groundhog Day-like wash, rinse, repeat cycle of a young band writing, producing, rehearsing and performing their own music in search of success. The band comments: “We are so excited for y’all to see the official music video for our latest single, “Getting Closer.” It really narrates the journey of NEW CITY, from making music in our basement studio apartment to rocking the songs on stage for our fans. It’s been an unbelievable ride and we are only getting closer. We hope it can inspire all of you to follow your dreams, no matter what’s in the way of them.”
The video was shot using a techno dolly, a new technology enabling multiple shots to be layered together seamlessly. “Getting Closer” sees various takes of the band members appearing simultaneously as if echoed – a metaphor for the tireless days and nights a band spends working towards their dreams. “Getting Closer” comes at a crucial time for NEW CITY in their evolution, meditating on where they came from and looking forward to where they are headed. It represents a declaration of empowerment for the band which is universally resonant to anyone else chasing their dreams.
Related Itemsnew city
Jacklyn