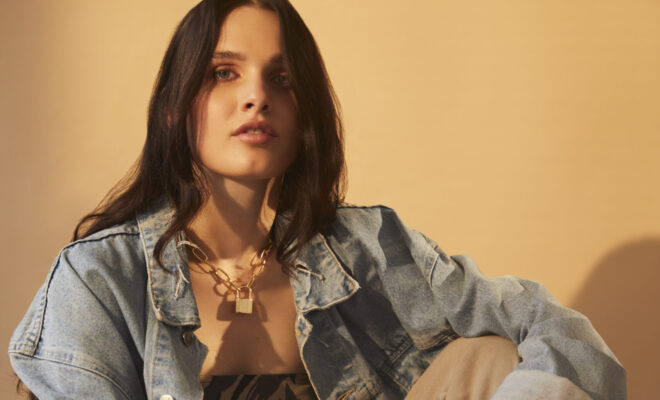 Quietly amassing 5.5 million total streams with her first single “No Fake Love” in a few months’ time, Maja Kristina cultivated a sound of her own with honest lyrics, personal songwriting and hypnotic hooks. As a child, music instantly called to her growing up in Stockholm. She grew up around her dad who was an artist songwriter, and her world was surrounded by lyrics. By 17-years-old, she landed her first management deal and continued to create. One of her demos made its way to veteran A&R executive Eddie O’Loughlin and Founder of JV partner Eddie O Entertainment with Republic Records as a potential cut for Felix Jaehn—however, her voice suited it best. Released as her proper debut, the introductory single, “No Fake Love,” clocked over 6 million streams across the globe. Under the watch and wisdom of Rami Yacoub at Max Martin’s MXM, she honed this signature style further throughout the ensuing year.

Regarding her debut EP, the singer said, “This EP represents a pick of the brain, a look inside my feelings and thoughts – the heartbreaks and the butterflies, the highs and the lows; and a collection of my work so far as an artist.”

Across the tracklisting, she ruminates on heartbreak, anger, and acceptance through hopeful vocals and upbeat instrumentation. Among numerous highlights, the projects boasts her new single “Jessica.” The track was produced by GRAMMY® Award-winning producer Dan Nigro [Oliva Rodrigo, Conan Gray] and penned by Maja Kristina herself, it unfolds as a different kind of breakup bop. Upheld by glassy synths and a distinct bounce, she delivers a warning to her ex’s new girl and extends an olive branch on the instantly quotable hook, “I hope she figures out you’re just a traitor, cuz she seems really nice, and I think in the end, me and Jessica could be friends.”

Additionally, it features the empowering “Self Love Therapy” and the emotionally charged “Walls,” which was produced by Max Martin’s MXM Team and Rami Yacoub. The young singer notably paved the way for the EP with a string of fan favorite singles. “Idiot” amassed 656K Spotify streams with “The Idea Of Me” not far behind at 526K Spotify streams. Idolator called it “a typically fiery pop song” and promised, “Maja Kristina builds momentum with ‘The Idea of Me’.”

The music video for “Jessica” premieres on March 15!

← Previous Story New Music Friday: March 5
Next Story → The Story Behind: ‘In His Arms’ By Miranda Lambert, Jack Ingram, and Jon Randall