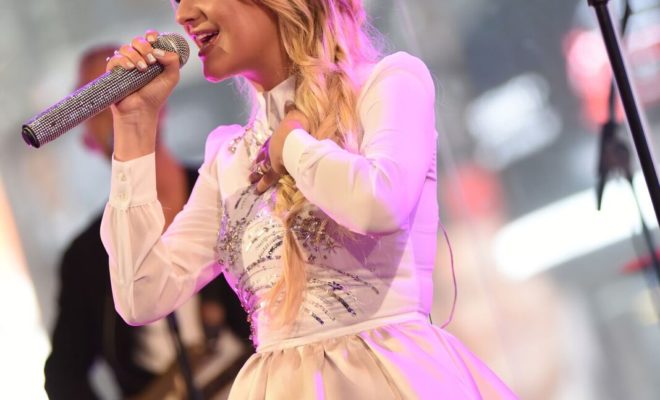 Are you ready for KB2? KELSEA BALLERINI has just revealed the title and release date for her highly anticipated sophomore album, sharing the news with fans during an appearance on ABC’s Good Morning America.The album is titled UNAPOLOGETICALLY and will be officially released on November 3.

“I feel like I’ve been keeping a secret for two years that I finally get to tell,” Ballerini admits. “I’ve never been more proud as I am of this record, the story it tells, and the heart my friends and I put into it. So, November 3, we get to start the next chapter! Unapologetically…”

Additional details about UNAPOLOGETICALLY, including its track listing and cover artwork, will be unveiled soon. Along with her big announcement, Kelsea performed “Legends” on GMA!

Later tonight (7/25), the young singer-songwriter will give TV viewers another look at “Legends,” as she’s set to appear on NBC’s The Tonight Show Starring Jimmy Fallon.