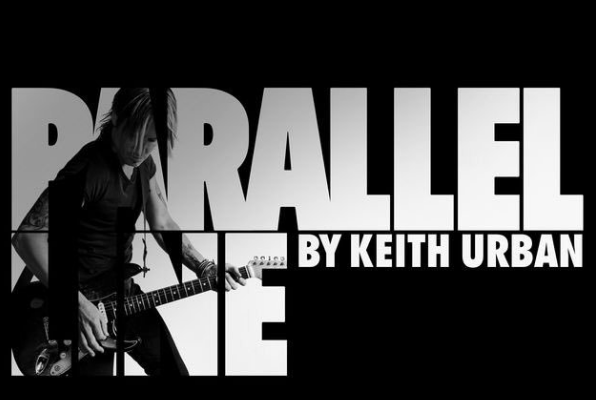 If there is anyone in country music that can break genre barriers, it would be Keith Urban. He did that with Fuse, Ripcord, and seemingly he’ll be doing it with his upcoming album Graffiti U. The country icon dropped his brand new song from the project entitled “Parallel Line” early Friday morning at Midnight (January 19).

What’s different about “Parallel Line” apart from the rest of his work? It’s sultry, sexy and stripped down. The rhythmic influence is subtle, and you can certainly tell the track was written with Ed Sheeran. Have we ever heard the Aussie sing in such a high falsetto? Probably not but we wish we had. His vocals are the closest to flawless they have ever been, and his guitar skills are, well, incredible.

But lyrically, we can sense growth that has escalated on a whole other level. If we’re comparing “Parallel Line” to something from Ripcord, we think “Parallel Line” could be a great sneak peek on what’s to come lyrically from Urban. Throughout the track, Urban tells the listener that he’s ready to open himself up to love. “It’s time to close the space between the two of us,” he sings in one verse. “Take a little bit of my heart tonight / No, I literally don’t mind / Just please don’t misplace it,” Urban sings in the chorus of “Parallel Line.” “Take a little bit of my heart tonight / Baby, be mine now / Baby, be mine now / Maybe it’s time we / Put our hearts in a parallel line.”

What else is there to say about the song? We don’t see one single flaw and is the perfect lead single for what we think is to come from Graffiti U. Have you heard the song? Check out the lyric below: