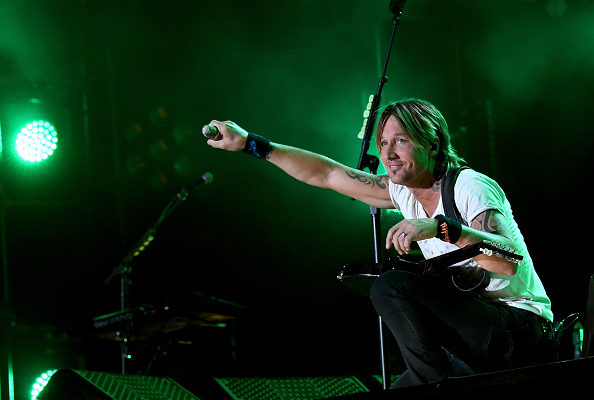 Keith Urban is big on surprises and he sure did surprise us all on Wednesday night during a free show at Exit/In in Nashville. Packing the venue to full capacity for what seemed like more than a free show, he certainly didn’t disappoint. This was indeed more than a free show. The Aussie country superstar took the stage, played a few songs and then announced something that everyone is freaking out over.

Urban took the show to the next level to announce a brand new album entitled Graffiti U and a World Tour by the same name. Not to mention, country’s newest princess Kelsea Ballerini will be joining him for 58 dates around the world. The tour will kick off June 15 in St. Louis, Missouri and go through to the end of the year.

Why Graffiti U? Well, Urban had a couple ideas in mind. “I was toying with the letter ‘U,'” he says. “Obviously it’s the first letter of my last name, but I liked that when you say it it’s also the word ‘You.’ For me that’s the listener, that’s the audience.”

The Graffiti part for him was more a feeling or sensation. “The sound of words is a big thing to me – Ripcord was like that, Fuse was like that. Fuse and Ripcord denoted a certain kind of energy in the word to me. ‘Graffiti to me felt very uninhibited, artistic, liberated expression. ‘Graffiti’ to me is a blank canvas and pure artistic expression upon that.”

Details surrounding the album and release date are still scarce, but fans can expect a definite follow-up from Ripcord. After the announcement and bringing Ballerini to the stage, Urban came back to perform some new tracks entitled “Same Heart” and “Steal My Thunder”.

Are you just as excited we are? We can’t wait for summer!