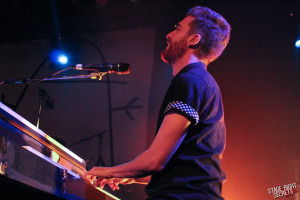 After seeing this incredible show, I can honestly say this was in my top 10 favorite lineups and concerts I’ve seen. The Metro Chicago was packed full with different ages and different types of fans, which I love to see.

Secret Someones started off the night and I cannot gush enough about them. Ingrid Michaelson says it perfectly for potential listeners “They’re like Weezer, but with boobies” (not including drummer Zach). I would love to compare them to other bands, but that would be an insult to their truly original music. I’ve never heard more crisper and pitch perfect harmonies. Their new album will be coming out later in 2015, be on the lookout! 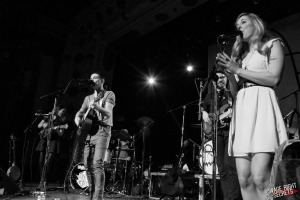 Twin Forks I’ve seen perform at Food Network In Concert, seeing them with their own show was something much better. They really involved the crowd and was constantly engaging. During the performance Chris Carrabba even handed our photographer Shelby Dunn his guitar, to say she was in shock was an understatement. 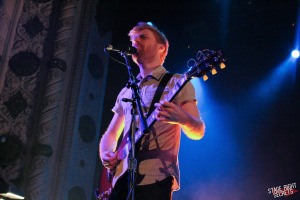 Finally Jukebox The Ghost took the stage. After some technical difficulties, the show went off without a hitch. Their live stage presence is something that needs to be admired. If you love their music, their show will completely blow your mind and you will have a new appreciation for this trio. If you haven’t bought a ticket to this tour, you are missing out on a great night of music.