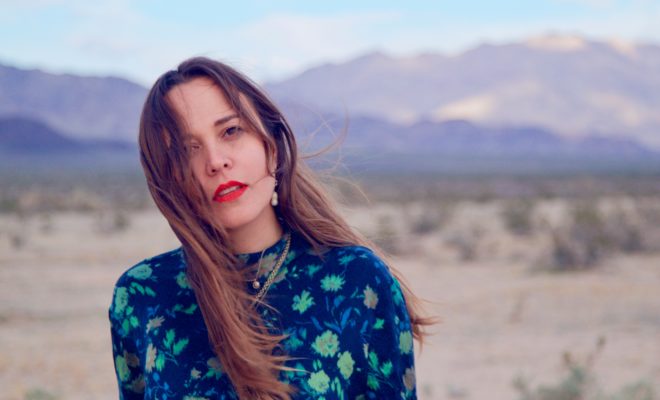 Stage Right Secrets caught up with Jamie-Lee Dimes to chat about her latest single, “Virginia,” road-tripping across America, and what’s next. Read our exclusive interview, below.

Congrats on “Virginia” how did the idea for the song come about?

I wrote the song the morning I woke up to the news that people were marching in the “Unite the Right” rallies that took place in Charlottesville, Virginia. The footage was disturbing. People were marching with torches and flags, yelling racist slurs, with so much hatred in their voices. I thought to myself: “how are people so casual about all of this?” It’s alarming. It’s a massive red flag that our society is built on this and we flip the script to make it look like people are just defending their rights and history when that history involves mass murder, torture, and the killing of other humans. It’s shocking. I lose sleep thinking about the future.

This was three years ago and the fact we are seeing this as the norm in 2020 is awful. We have all become so desensitized to racism. It’s ingrained in our society with mass shootings, police brutality, incarceration, and discrimination in the justice and legal system. I feel like as an artist it’s our responsibility to document these events and open up conversations. That’s the kind of artist I want to be. “Virginia” is a love letter to America. Please come together. The world is watching.

The video was shot on a road trip in America during the pandemic, what was that experience like?

It was a reality check. The pit of my stomach was flipping the whole time. I got locked down in Texas and my flight to Australia was canceled. I had a day to decide if I was going back to LA to get on another flight, but America grounded the majority of travel. So, I hit the road with a friend who is a film director and channeled the uncertainty into art – but you can definitely see the stress on my face.

Since most of the country is or was in quarantine, what did you do to fill the time aside from the road trip?

We went to a small town on the outskirts of Austin called Italy to shoot the video. I ended up hitting the road to California by myself in the days following. I did the drive alone over three days. You kind of just want to get the shot or get to the destination. In my opinion, it felt like The Walking Dead driving through America in a pandemic by myself. A lot of the towns were fully closed, so I stayed in roadside motels.

I’m pretty creative no matter my circumstances, but I love being home and having a home. I love nesting and settling into a routine. I’ve been touring a lot the last year, so finally grounding myself was something I really needed.

We saw you perform a couple of live stream concerts; how did you approach the streams compared to a typical concert?

I’ve done a few and did my first one alone last week. It feels a little like I’m in the matrix right now. You don’t have to spend a whole day traveling to play a show and you can just play and have it be purely about the music. That feels good, but the social interaction and the energy of playing a live concert is all missing. I moved to LA three months ago and have gotten noise complaints for singing and playing music, so that’s definitely different!

You’re studying sociology, does your education play a part or influence your music at all?

Extremely. The album I’m currently working on is centered around the idea of internalizing society’s issues. The album is making me realize that I’ve been getting ready to be a sociologist all along. The one consistent thing in my life is that I tell stories. I feel like I’m always in a social experiment of some kind – and then I write about it.

Moving to Los Angeles from Australia, does the location where you create your music contribute to the vibe of your creations?

Definitely! I absorb energy anywhere I am. I love being in the desert. I spent three years traveling between Australia and the California desert while visiting places in America. It’s really contributed to the sound of my current music. I also lived in Mexico while writing this album and my music has picked up elements that can be seen throughout my music. My guitar playing was influenced by a lot of the music in Mexico. The blues influence came from my time in the south. I definitely draw inspiration from being in different environments.

You’ve been outspoken about the Black Lives Matter movement and using your privilege for good, what was the most surprising thing you’ve learned through your research?

It’s crazy studying a degree in sociology and seeing everything unfold both in the media and on the block I live on. I have been reading textbooks that are so parallel to world events. I’m still processing a lot of the information I have been studying, but one thing that really stood out to me was how statistics are manipulated within the system – like people altering statistics on suicides for the benefit of insurance companies. That was gut-wrenching to read. The legal system is designed to enslave indigenous communities and black and brown communities. From everything I’m learning, it is so evident the justice and legal system were built on ideals that uphold segregation. I think a light is being shone on it now, but this is just the beginning. There are all these perfectly designed loopholes in the legal system. A lot of police brutality, or systematic abuse, is backed up with techniques that silence families and stop them from seeking help or making it public.

Right now, I’m diving into the institutions of society and how our social world affects our internal world. I’ve been pulling apart the institution of education which is where a lot of early segregation started in society. I’ve also been reading about violence in the media, which is actually cheaper to produce and has higher ratings. It means there’s more money in it and so it’s perpetuating the cycle of racism.

The world is so unpredictable at the moment, but I’m working on my new album. I really feel like it’s the best work I’ve ever created and I’m extremely proud of it. I’m always doing something creative, so it depends on the people who come into my sphere and the lockdowns and events of the world. The only thing I can guarantee is that I’ll be more opinionated and outspoken as I go deeper into my studies. I also may check out Nashville and write some songs there.