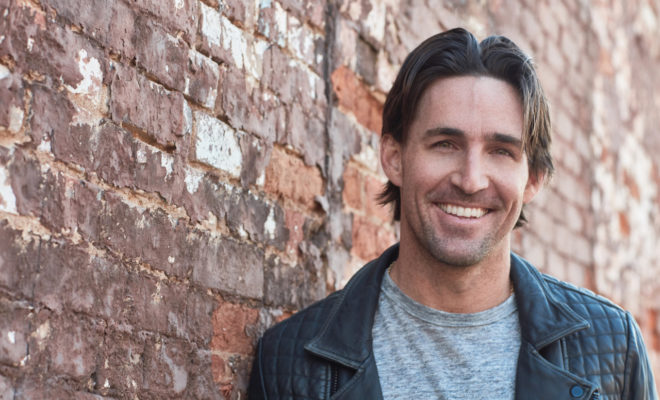 TICKETS FOR THE TUESDAY, JUNE 5 SHOW LOCATED AT THE HISTORIC RYMAN AUDITORIUM WILL BE ON SALE SATURDAY APRIL 14 AT 10AM
Jake Owen, Morgan Wallen and Jillian Jacqueline will be joining acclaimed hit songwriter and founder of Big Loud Records and Big Loud Shirt Craig Wiseman for a night of music at the 14th Annual Stars For Second Harvest benefit.  The show will be held at Nashville’s historic Ryman Auditorium on Tuesday, June 5, 2018 at 7:30 pm. Presented by O’Charley’s, this concert event features an unplugged acoustic style performance by some of country music’s best. The event is held during CMA Fest and is a staple event during the festival.
Concert tickets will go on-sale Saturday, April 14, at 10am for reserved seating $40, preferred seating $60 and a select number of premium seats, which include a seat and limited edition show poster, for $125 plus applicable service charges. Tickets are available at ticketmaster.com, Ryman box office, Ryman.com, or by calling 800-745-3000. Proceeds from the concert benefit Second Harvest Food Bank of Middle Tennessee in their efforts to feed hungry people and work to solve hunger issues in our community. For more information, visit secondharvestmidtn.org.
“I am pumped for this year’s show, we have some incredible talent joining us this year including Jake, Morgan and Jillian, and we will have even more incredible announcements coming soon,” said host Craig Wiseman. “This is one of my favorite events each year because of the artists involved, the money we raise for an incredible cause and because of the loyal sponsors we work with like presenting sponsor O’Charleys and Nissan North America who is returning as our stage sponsor for the second year.”
“Second Harvest Food Bank’s mission to address hunger in Middle Tennessee is so important,” said Nissan Vice President Rebecca Vest. “Nissan is proud to partner with Second Harvest to support its humanitarian mission and to sponsor the Stars event, which will ultimately benefit so many people in Middle Tennessee.”
Jake Owen hit the country airwaves again this year with his single “I Was Jack (You Were Diane),” currently a Top 15 song on the Country charts, reuniting him with producer Joey Moi, the producer of his star-making album BAREFOOT BLUE JEAN NIGHT. With “I Was Jack (You Were Diane),” Jake evokes the most golden of memories: a warm-weather romance set to one of rock & roll’s essential songs, John Mellencamp’s “Jack & Diane.” The multi-Number One artist and ACM Award winner is also launching a high-profile summer tour: THE LIFE’S WHATCHA MAKE IT TOUR. The tour features opening acts Chris Janson and Jordan Davis and will hit baseball parks around the country.
Newcomer Jillian Jacqueline released her first Big Loud Records EP, SIDE A, across all digital platforms this year. Her debut single “Reasons” rocketed into Spotify’s Viral 50 USA list, racking up 13 million plus streams. Jacqueline was spotlighted as Billboard’s Chartbreaker, an all-genre monthly franchise highlighting rising artists climbing the charts. After landing coveted opening slots with Thomas Rhett, Ryan Adams, Dwight Yoakam, Billy Currington, Bobby Bones & The Raging Idiots and Jordan Davis, Jacqueline will next embark on Brett Eldredge’s THE LONG WAY TOUR as a special guest.
Morgan Wallen is a passionate singer with a unique sound who grew up in Appalachia. His latest single “Up Down” features superstar duo Florida Georgia Line and is a swampy, laidback tribute to downhome living — and partying. The undeniable smash instantly catapulted into the Spotify U.S. and Global Viral 50 charts, Apple Music Country A-List, Sirius XM The Highway Top 10, and is swiftly closing in on the Top 10 on the Country charts. Currently on his first headlining run, the UP DOWN TOUR, the Big Loud Records artist honed his performance skills as support for FGL, label mate Chris Lane, and Granger Smith. He will hit the road with Luke Bryan for the megastar’s WHAT MAKES YOU COUNTRY TOUR beginning May 31 as support on more than three dozen summer shows, including 11 stadiums. Wallen’s debut album IF I KNOW ME will be released April 27.
Related Itemsjake owenjillian jacquelineMorgan Wallen
Jacklyn