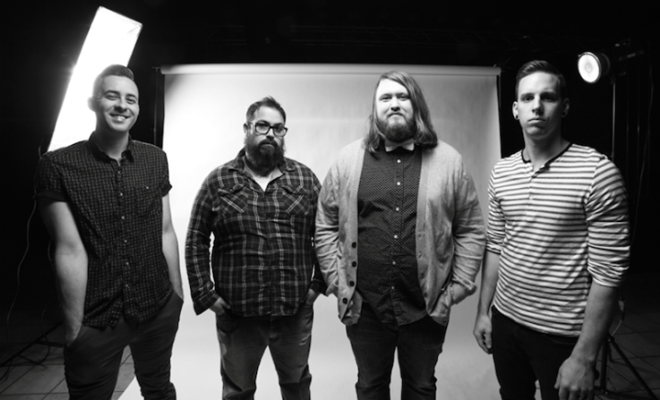 We think you should check out the band Me Like Bees! They are super talented, and are set to release their new EP “There Will be Time” on April 8th! We sent over some questions for them to answer, and their vocalist, Luke Sheafer got right to it! Check it out!

1. What genre of music do you consider your work to be?

2. Who are some of your major influences?

I always liked Weird Al when I was a kid. My first songs were parodies, so I guess without him I wouldn’t be playing music.

3. When did you form your band? What inspired you to make music together?

In its current form, our band is about four years old. I feel like the formation of our band was just as uninspired as every other band’s. It starts with a bunch of guys (or girls. not omitting girl bands) hanging out and then one day saying “hey, you know what would be awesome…”

4. How long have you all known each other? How did you meet?

5. Do you have any upcoming shows?

If we don’t, we’re in trouble because bills is bills.

May 6 Kansas City, MO – Middle of the Map Fest

We are also playing some festivals and will be adding dates soon. Stay tuned!

6. Which songs do you perform most frequently? Do you ever play any covers?

That is the first time I’ve seen that question. We play a lot of songs from when we started. Our oldest song that we still play is Comet and the Snail, so I guess by default it’s that one. We mix in a wide variety of covers: MGMT, Modest Mouse, Toto, Dr. Dre, Beyoncé, Beastie Boys etc.

Generally, they are boring. Imagine that two nights a week you listen to the same record over and over again, and that you also are fat. That is what practice feels like for me.

8. What has been your biggest challenge as a band?

Finding parking spots in big cities during rush hour for a 15 passenger van and trailer.

9. How has your music evolved since you first began playing music together?

Our music has gotten a lot more refined and deliberate the longer we’ve gone on, though the process feels the same.

10. What advice do you have for people who want to form their own bands?

Put the work in. I talked about how boring practicing 2 or 3 times a week can be, but it’s the difference between people saying “yeah, those guys are alright” and people saying “do you have that shirt in a medium?”

iTunes, Google Play, Pandora, Spotify, and/or YouTube. Or you can come to a show, or visit our hometown of Joplin, MO and I’ll have you over for tea. My wife will make scones and I’ll play a few tunes for you.

Be nice to homeless people. Give them the time of day. If ten people ask for a quarter and nine of them were “scamming” you, it only cost you $2.00 to help someone out.

← Previous Story 5 Reasons Why You Need To Download The Chainsmokers
Next Story → Best Moments of The ACM Awards!