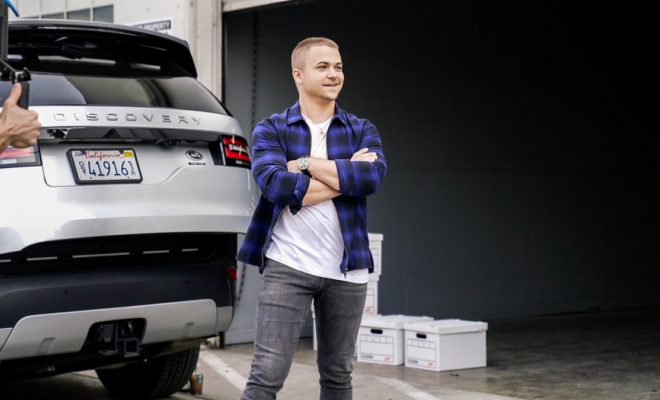 EXCLUSIVE: Hunter Hayes Interview On His “Closer To You Tour” and New Album

Hunter Hayes has come back with a positive outlook on a usually sore subject, a breakup. His first single off his forthcoming album “Heartbreak” has made its way into the hearts of fans everywhere. With the release of his single and announcement of an album and U.S. tour, the country music fans have become impatient waiting for new music and shows from Hayes. The full interview and story will appear in our March issue, like us on Facebook  to be the first to see the interview.

RELATED: GO BEHIND THE SCENES OF BRETT ELDREDGE AND HIS DOG EDGAR’S PHOTO SHOOT

What went into your “Heartbreak” music video?

HH: “On this one, Collin’s brilliant and I started with just ‘Hey here’s the thing with the record, here’s my life story right now’. He wrote back, and it was just where I kind of was (in his life.) He had enough backstory on the song on my heart and where I’m at. He really found a very creative and humorous way to tell the story and portray it in such a way that’s hilarious. I’m one hundred percent sure I ran a marathon during the course of the filming process. I was so sore I couldn’t walk for the next seven days. I hated Collin for a hot probably two hours and then I got over it and we were buds again.”

You chose a lyric as your tour title, what made you choose that?

HH: “We were between a few things, we talked about doing The Optimist Tour because I feel like that’s the spirit of the album, we did talk about a few different things. Closer To You felt like that obvious choice but for a second was so obvious that we were like ‘Maybe? Maybe not?’. The theme of this album is a lot of transparency through transformation. I felt like the Closer To You theme, I wanted that to be the thing that people thought about when they come in for the show when they’re thinking about going to the show. I think a lot of fans have seen our show before, but this is a completely different time for me. I want to feel more connected to everybody.”

Do you already have a next single and other things in the works?

HH: “Of course, there’s a next single and more planned. The thing is we plan as much as you can plan ahead. We don’t let that get in the way of the spirit of the album. If it feels right great we continue. We have incredible flexible team. They get it, they get how I work and I love how they work because we can change the plan at a moment’s notice and go with our gut. As far ahead as we plan we still pay attention to what’s on our heart and what we feel is right.”

Do you have a personal favorite lyric off the album?

HH: “I remain an optimist is probably my favorite line that I’ve put forth from this current album. I think you have to be, you have to remain that. I like choosing to be happy and this is all for good.”

What went into the tracklisting for your album?

HH: “Probably twenty percent of anybody who listens to the album will hear it the way that I hear it but it doesn’t matter. If I put my heart soul and attention into it it will be heard as its meant to be heard when its meant to be heard. I’ve really enjoyed it I’ve been working with a string arranger on some of the string parts, and interludes, and intros and different ideas. Gluing it all together is really fun for me so that when people hear it, they’ll hear it as it happened.”

What is the story behind “Heartbreak”?

HH: “So I started journaling Heartbreak, it wasn’t Heartbreak it was a totally different song.  A lot of lyrics from that journal process ended up in the song. I started in March on a trip I took by myself to Hawaii.  I took this trip by myself, I rented a jeep, I remember just driving and there was this beautiful drive with all of these canopies of trees over the road and I saw this little area right by the ocean and I pulled off the road and just grabbed a guitar I had bought that day in Hawaii. I started journaling that day in Hawaii on the ocean.”

For the full interview, be sure to like us on Facebook to read our March issue with the entire interview before anyone else.