Halsey’s latest single and music video for “Nightmare” examines the role of women and gives it an upgrade.

The accompanying video, which was unveiled today in a YouTube Premiere, was based on a concept by Halsey and features an all-female cast. It was directed by 2-time MTV VMA winner Hannah Lux Davis (Ariana Grande, Ciara), who also helmed Halsey’s video for “Alone.” Download / stream “Nightmare” HERE. View the video HERE.
Last week, she played an intimate, sold-out two-night stand at New York City’s Webster Hall. Halsey performed her debut album, Badlands (2015), in its entirety on the first night and her second album, Hopeless Fountain Kingdom (2017), on the second evening. Both albums are certified Platinum. 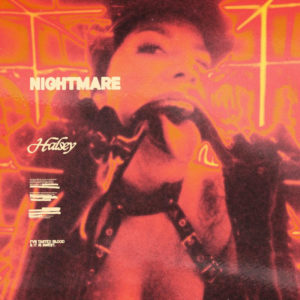