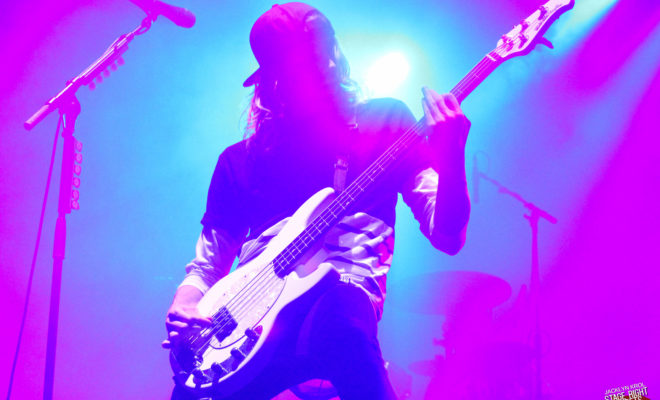 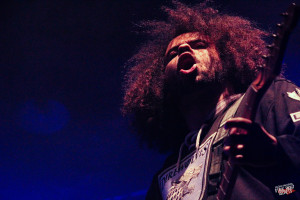 Chicago’s Aragon Ballroom was filled to capacity with fans moshing and crowdsurfing all around, even some in the balcony! The heat from everyone was something I haven’t experienced, the humiditiy made my lens fog up every few seconds during All Time Low’s set. The four bands on the Future Hearts tour are almost like Vans Warped Tour on steroids, on one stage for every type of music lover.

Opening the night is State Champs. I’ve listened to their music and interviewed them but had yet to see their live performance. Their set in one word was energy.  They didn’t stay in one place for more than a couple seconds and really made use of the stage. I really admired the fact that guitarist, Tyler had a Taylor Swift 1989 sticker on his guitar and bassist Ryan, had a Seinfeld sticker on his bass guitar. It was really cool to see so many people know all of the words to their songs, screaming along.

Tonight Alive is one of my personal favorite bands to see live. Jenna really knows how to be a frontwoman and really engages the crowd. Guitarist 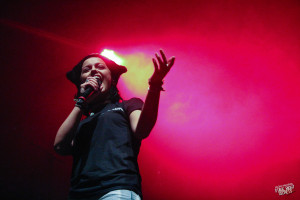 Whakaio’s facials are something you need to see in person to appreciate. I have to give it up to drummer Matty for continuing to play even after a bad wrist injury (he will be getting the surgery he needs after the tour). They will be in the studio finishing their third album later next month.

The fact that Issues’ backdrop and amps were Pokemon themed was alone a reason to see the show. But pair that with Issues’ insane stage presence and literally jumping into the crowd is the perfect show. Issues is a band that almost any music lover can appreciate, with Tyler and Michael’s vocals paired togethere it’s something for different music tastes. Our photographer Brittney danced it out screaming along every word. 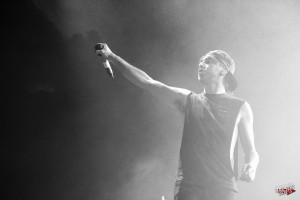 All Time Low has some of the wittiest stage banter you will ever hear. To top off the night Miss. Cassadee Pope came on stage to perform Remembering Sunday with lead singer, Alex Gaskarth. The crowd was so loud it hurt my ears while wearing earplugs. During A Love Like War Tonight Alive’s Jenna McDougall, came out to perform the duet. The band really takes into consideration their older hits and their newer music making a set list older fans and newer fans can both appreciate. One of the coolest moments was to see the band grab fans out of the crowd to come on stage to sing “Time Bomb”. The fans’ faces were priceless.