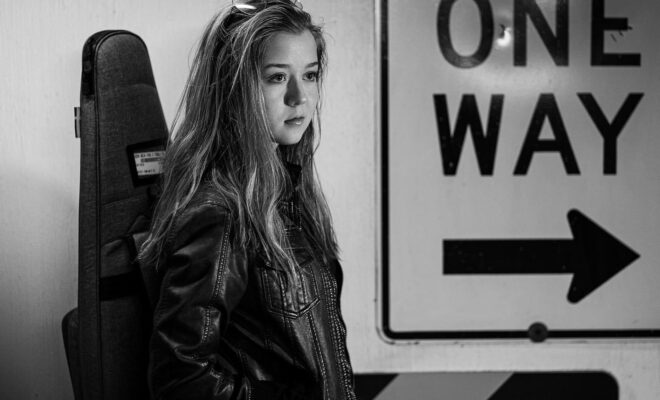 The iconic new song by Erin is the perfect anthem for every independent soul. This hardcore single is the modern version of an 80’s female power ballad that features alternative rock n roll style with intermittent soul and indie rhythm. The elements of accentuated drums and electric guitar riffs will have you flipping your hair in no time. Erin is a celebrated guitarist she played all the guitar on her track.

“I have NEVER fit in. I was a strange kid and I still am. Chickens are my favorite animal, I say anything that comes to the top of my head out loud, and I could live off of seaweed chips. I remember watching the Rudolph Christmas Special and relating to the “Why am I such a misfit” song that plays throughout it. The word “misfit” has always rung out in my mind because of that show. While I was in public high school, I wasn’t sure whether to think of being a misfit as a good thing or not,” explains Erin. “As I’ve grown away from high school and the constant feeling of being pressured to fit in, I can now say being a misfit is incredible. I wish I would’ve realized that when I was younger, but I wrote this song for those who felt the same as me. I want to remind people who feel like they are different than being “weird” or “not fitting in” is cool. screw fitting in. The MiSFITS are the people that pave new paths for the rest of the world“.

Erin Coburn is settled in Kentucky, making music that is primarily Rock, which is heavily influenced by artists like Badflower, The Black Keys, and Cage the Elephant. Having released her debut album Chaos Before Conformity in 2015, followed by her sophomore release Queen of Nothing two years later and her third record in 2019, Out From Under. Since then, Coburn’s fanbase has grown both nationally and worldwide.

What are your thoughts on Erin’s new release? Let us know across social media platforms!