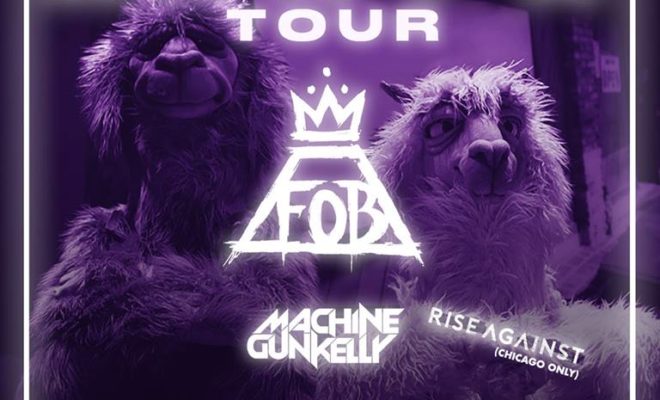 In case you’re living under a rock, Fall Out Boy has released their latest masterpiece M A N I A. Along with the album release comes a music video for ‘Church’.

Along with the video and album release, comes the Mania Tour and Wrigley Field hometown Chicago show. Later this year The M A N I A Tour is coming to America with support from Machine Gun Kelly and special guests Gym Class Heroes, Every Time I Die, Against The Current, State Champs, L.I.F.T., and nothing, nowhere playing on select dates TBA. All of the dates can be found below including Wrigley.

Pre-sale tickets and VIP packages for the tour + Wrigley go on sale January 22nd at 10am local. Wrigley will have some special VIP packages not available anywhere else which include a meet and greet (w/ Pete & Andy), hotel for the night & more. Info on all the VIP packages can be found here.

Want first shot at tickets/VIP? Just order any piece of merch in our webstore that comes with M A N I A to get your unique pre-sale code emailed to you. Order by Sunday to make sure your code is delivered in time ahead of the 10am pre-sale on Monday.

If you don’t want new merch, sign up to our mailing list for free by the 23rd to get the mailing list pre-sale code. Code will get sent out on the 24th for the pre-sale starting on Thursday the 25th at 9am local.

General on sale starts Friday January 26th at 10am local. 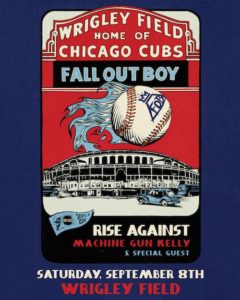