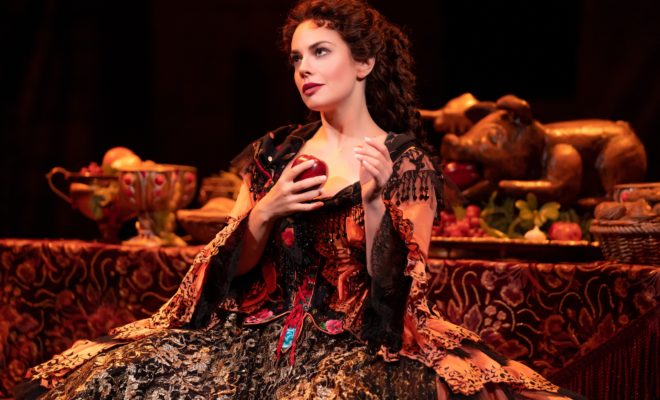 Exclusive Q&A: Meghan Picerno of Phantom of the Opera on Broadway

The Phantom of the Opera is Broadway’s longest-running show, celebrating its 32nd anniversary on January 26. The woman of the infamous Phantom’s obsession, Christine is currently being played by the enchanting Meghan Picerno. Picerno is making her Broadway debut but has played Christine on the international tour of Phantom and even starred in the musical’s sequel, Love Never Dies.

SRS: Congratulations on making your Broadway debut! Has anything surprised you compared to touring?

MP: Thank you! I am loving each and every moment. I am learning and growing exponentially here as an artist – from my colleagues, the music staff and director. It is amazing! They are so open and collaborative.

For a show about to celebrate its 32nd birthday here in NYC this month, I was excitingly and pleasantly surprised by this. Of course, there is a legacy and tradition to uphold. But I’m the person with 1,000 questions and a rather insatiable curiosity and thirst for knowledge when I dive into a project. And let me tell you: I have come to the right place! They are just as passionate as I (if not more!) about this iconic piece here at The Majestic. And now I have the wonderful opportunity to pick the minds of those with an endless wealth of knowledge, and who love to share it. Some have been involved at the very birth of Phantom! It’s an artist’s dream really.

The biggest shift for me is I get to go home to my home, and not a hotel. No room service here! People have lives outside of the show, and when you’re on tour you’re all together. It really provides a different dynamic. 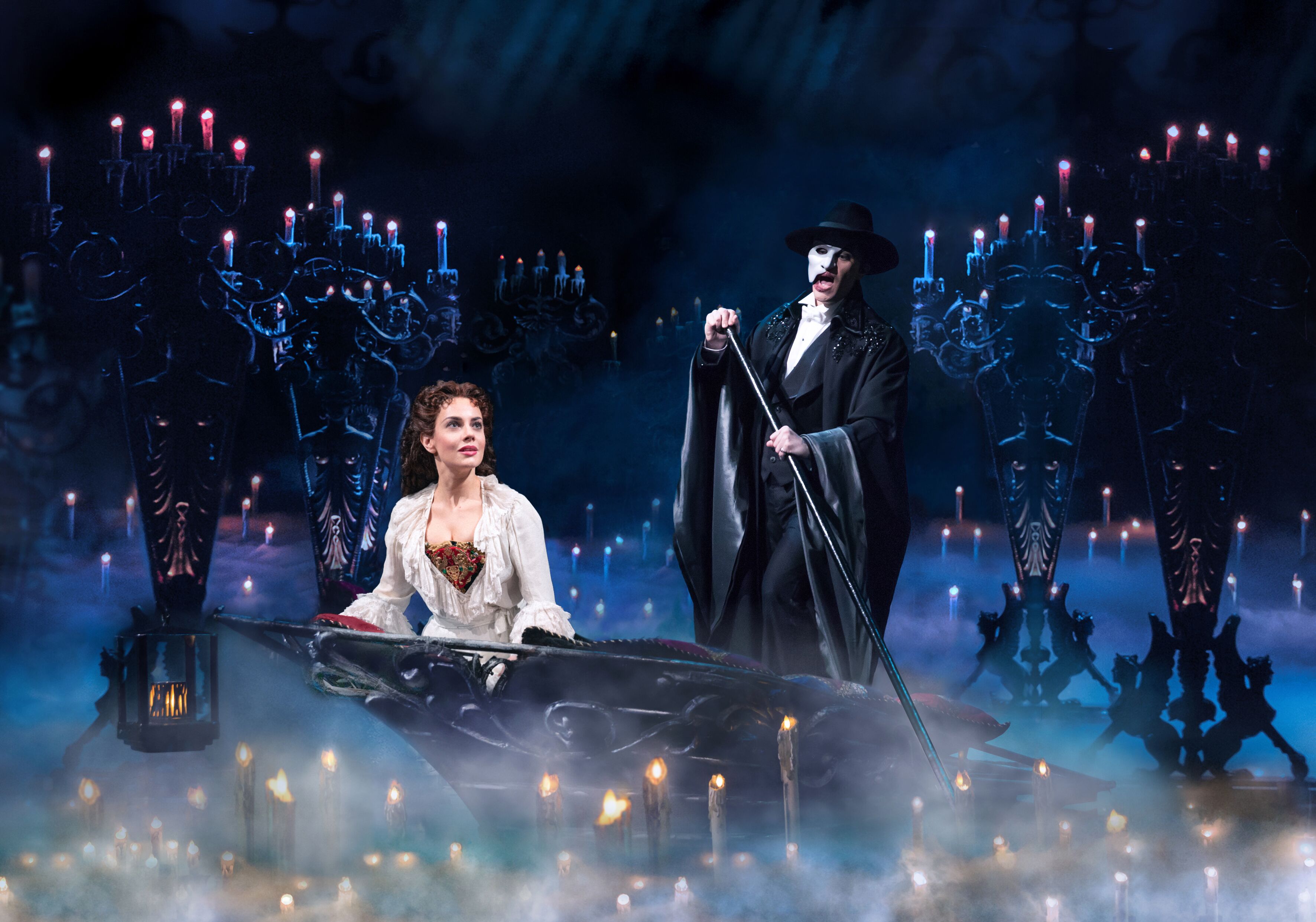 SRS: You originated the role of Christine in the North American premiere of Love Never Dies. How has Christine grown since The Phantom of the Opera?

MP: Oh, I could talk forever about this! But I will try to keep it short (ish). Despite her challenges and the social limitations the time period burdens her with and confines her to, Christine has blossomed into who she was always meant to be. She is a strong, fierce woman who supports her family (rare during the turn of that century), a loving mother and a world-famous opera diva, with the courage to choose LOVE overall.

What is extra exciting for me personally as an actor, is how I was introduced and fell in love with her older self first. To be very honest, I had limited knowledge of her younger self when I first began my adventure with Love Never Dies. The late Hal Prince, the director of the original Phantom and one of my beloved mentors, sent me to see Phantom for my first time 3 years ago.

Yes, I had seen the movie, but it was my first time experiencing it live. And what a life-changing experience. I immediately became obsessed with this iconic show.

I believe I am the only Christine who began her Phantom journey at the end, which I feel offers a fascinating perspective into her psyche. Indeed, being the first to share her Love Never Dies self with America was so very special. Like in Phantom, Andrew Lloyd Webber’s music immediately spoke to me. The score to Love Never Dies is absolutely breathtaking. His magnificent music gave me a blueprint of who she. There is an innate knowledge and foundation into the depths of her soul, as well as her relationship with those around her. I had over 400 performances to get to know her, be her, and a 10 year back story of why she was who she had become. Then to have the marvelous opportunity to “go back in time” and see where it all began… Where SHE began, in Phantom. It is especially rewarding as an actor to be living her younger self at the moment to see why she is who she is. (And let’s be clear: by rewarding, I mean it’s AWESOME!)

SRS: You also played Christine on the world tour of Phantom. Have you found any differences in what the audience takes away from the story?

MP: Yes and no. In general, I feel every audience at this beautiful show experiences something very human with us and adores it. This is the most iconic show ever written in musical theater history. No matter your background, there is something so timeless and universal about this story, score and piece of theater. It’s epic. That being said, each audience is indeed different. Here on Broadway, people from all over the world (different walks of life, cultural norms, etc.) come to see our show. I find the exact reactions and energy more varied show-to -how. On tour, we brought the show to the audience. Therefore, within each territory, I found the reactions to be more consistent show-too-show since they were comprised of a more homogenous audience. That said, it was interesting to find each territory responding differently from one another, based on what was deemed culturally polite to show appreciation, etc.

I also had the great honor of premiering Phantom in two of those territories: Kuala Lumpur and Tel Aviv. Let me tell you: to premiere this work in a country is AMAZING. The response is as mind-blowing as you could imagine! WHAT AN INCREDIBLE EXPERIENCE. And again, one commonality the tour and New York show share: people LOVE this show! 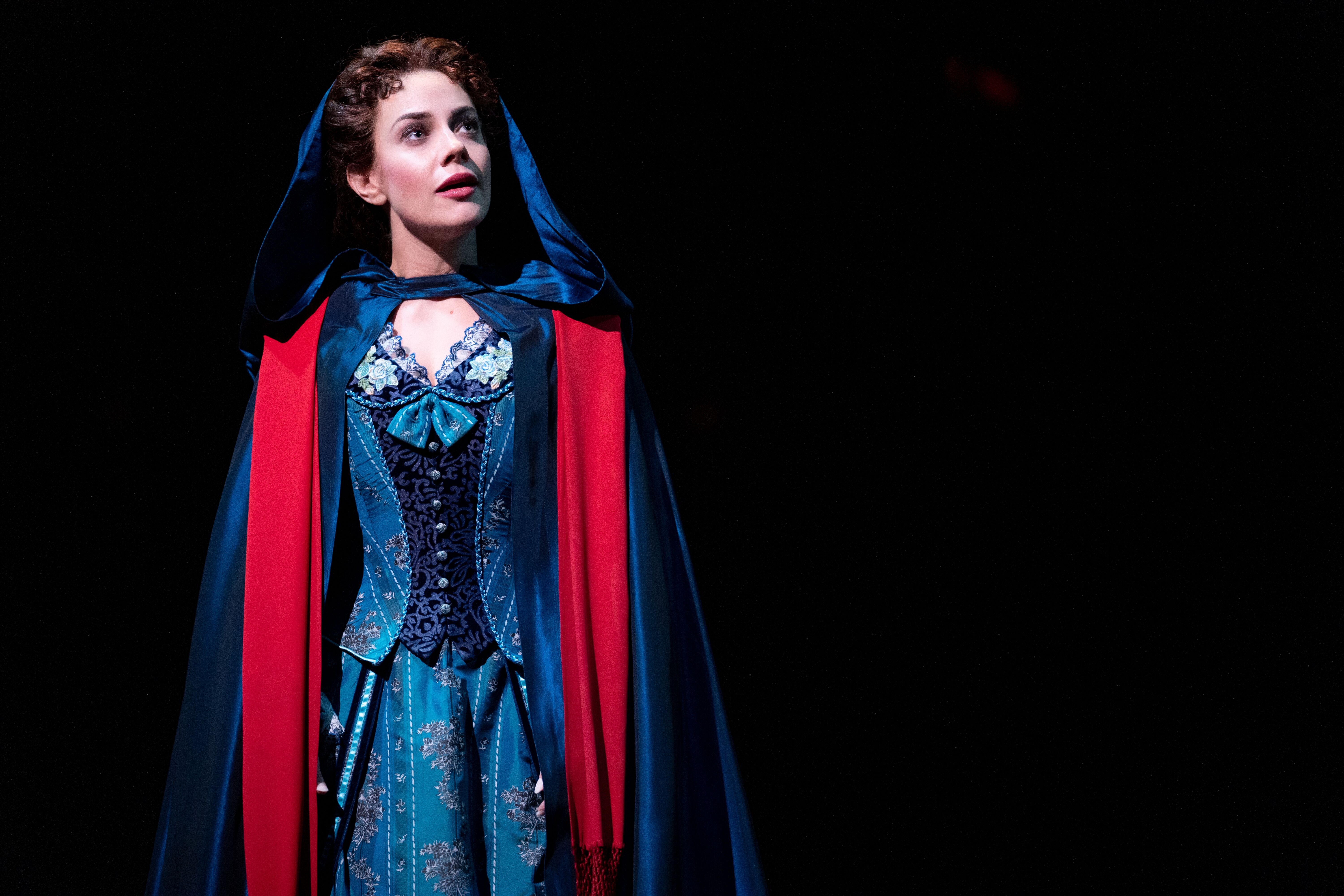 SRS: How do you keep it fresh playing Christine for so long?

MP: I always listen to my scene partners. REALLY listen. Christine, the Phantom, Raoul (all the characters for that matter) are living, breathing, evolving beings, who are ever so slightly different each show. This, combined with the energy we exchange with the maestro, the orchestra, the audience… It’s never exactly the same. We’re not robots. It’s actually quite a beautiful life lesson: staying present, accepting the now and being one with the moment. I could have a very particular and different emotional response during the matinee and evening show on the same day. I used to judge (and the perfectionist in me still can!) and be puzzled at how this occurs. But once you realize how humanly beautiful these nuances are, and go in with an open mind and heart, it allows you to grow, experience and discover these complex characters on such a deeper level. It’s so exciting!

I am also much more settled in here now that I’m going on 3 months on Broadway. The show I performed on my Broadway debut is not what it is now. It has grown into so much more! And even though I’ve been Christine for over a year now, this version of her on Broadway is new –which immediately causes rediscovery, excitement, and freshness!

SRS: What are your favorite qualities of Christine?

MP: I believe she is a prodigy, a dreamer and an empath. She is highly intelligent, passionate, gifted, vulnerable, willing, hopeful, naive, fantastical and romantic, with the ability to see a person’s true spirit and to extend kindness and love where it has never been offered before. She is much, much stronger than I think people first believe her to be. 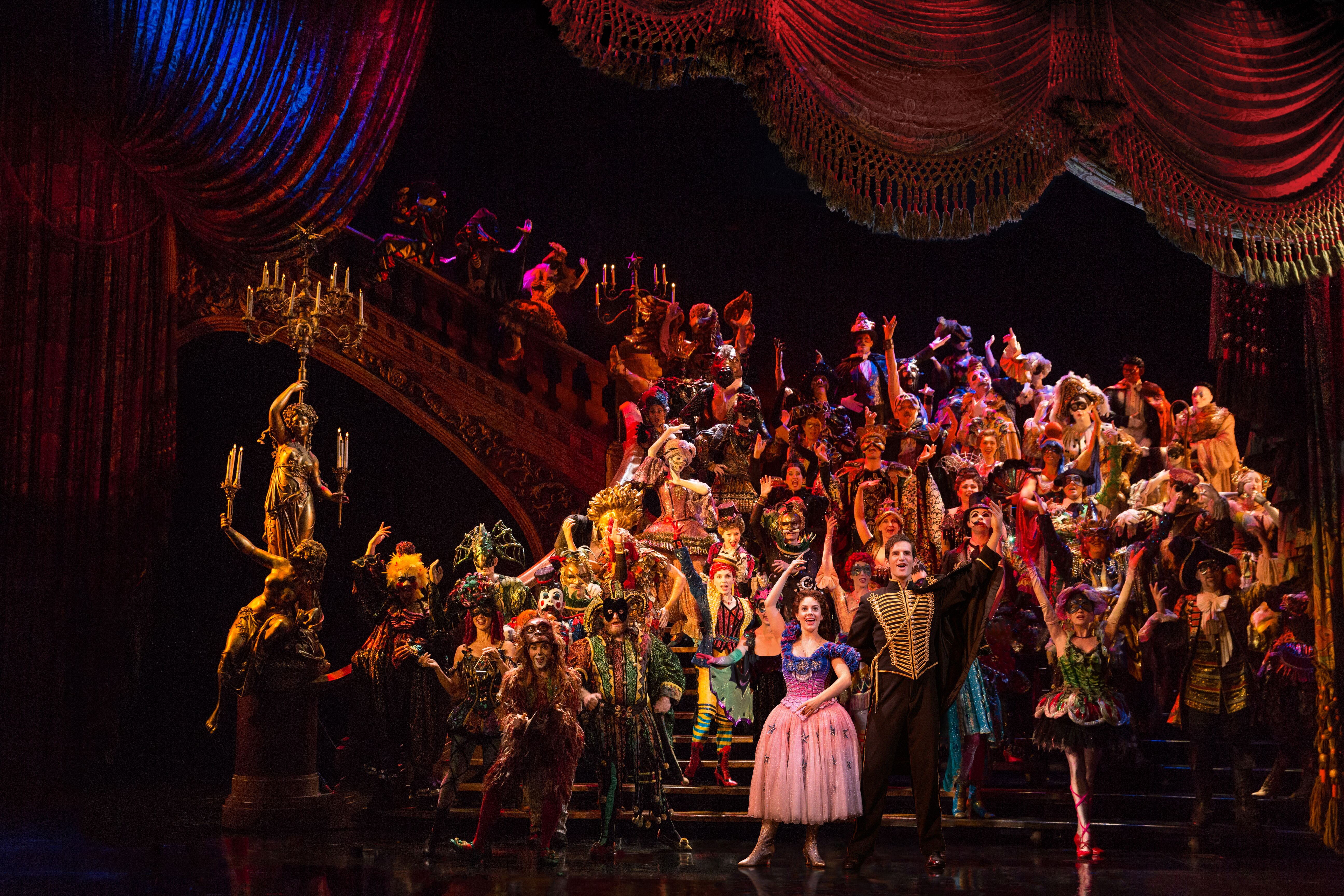 SRS: What is a typical day like for you when you’re playing Christine on Broadway?

MP: I’ve learned the hard way to listen to my body without judgment. So unless I have press, a lesson, meetings, etc. during the day, I get up when my body tells me it’s alright to move about the cabin. I always begin my day with meditation. I then immediately start hydrating. (I drink a TON of water). I’ll have a super filling, high protein breakfast and lunch, take my handful of vitamins, answer emails, head to the gym, steam, early dinner. (I like to feel fueled up, but empty of food before performing.) Before you know it, it’s a few hours before a performance and I’m at the theater getting ready: warming up, getting notes from the previous shows (another way to help keep it fresh!), visiting, stretching, listening to whatever loud music speaks to my
soul that day, putting on makeup, and then suddenly: I am Christine! Basically my day is all prep and then BOOM! Everything explodes into action like fireworks.

SRS: How do you manage to keep your voice in tip-top shape?

MP: Broadway is a marathon, not a sprint. Especially when you’re in the longest-running show in Broadway’s history. And like any Olympian athlete, I train and prepare accordingly. Once Christine enters the show, she’s basically on for 2 hours straight. It is a challenging (physically, vocally and spiritually) and incredible thing to do nearly every day of the week! If you’re wearing the skin of Christine correctly, you should be utterly exhausted emotionally and physically after each show. She is an incredible character to inhabit on a daily basis, and to do her justice – and the genius of Andrew Lloyd Webber and Hal Prince justice – it requires I’m in the best shape I can be in order to deliver each night. Therefore, I am extremely disciplined and keep a strict regimen. (For the most part, I am basically a monastic nun when not onstage!) I prepare and take extreme care of my mind, body and voice. I don’t speak much before nor after a show, am very strict with what I eat and when I eat. (Anti-inflammation is the name of the game here, folks). I drink lots of water, I abstain from alcohol and loud places. Of course, every so often you need to let free …within reason.

SRS: What are your dressing room necessities?

MP: My dressing room is my second home. I’m there even more than my actual home! So, I love to fill it with positive energy, and anything that make me happy: Photos of those important to me, gifts/art, cards from opening nights, flowers, lights, seemingly odd trinkets that I associate with wonderful memories. Practical things like an air purifier, humidifier, a speaker. And so many plants! It is so good to have their life and energy – plants make such a difference in any room.

Let your fantasies unwind and buy tickets to The Phantom of the Opera on Broadway HERE.