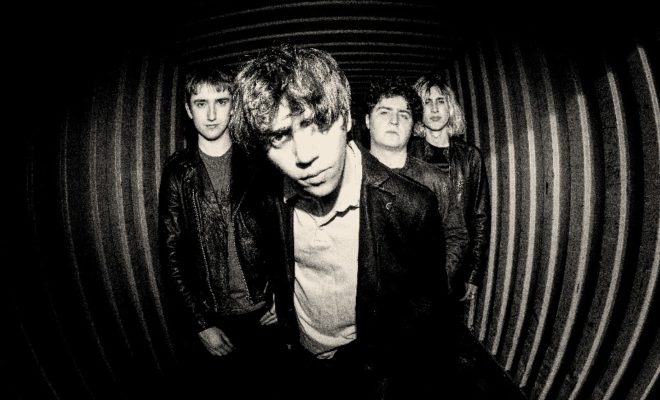 PRETTY VICIOUS have us pretty darn excited for their debut album release.

For a band about to release their debut LP, you sure have a lot of history. How do you feel you have evolved as a band?

We’ve had 4 years to evolve as a band playing live shows, recording and stuff like that, so I think the amount of experience we’ve got as a young band really has had a positive effect on how the album has turned out.

What can we expect from the debut album?

You can expect a more mature sound and songs than what we’ve previously released, but they still have that youthful side.

Plus you’re going on tour in the U.K.! What can we expect from it?

Our live shows are always loud and high energy with plenty of mosh pits and crowd surfing.

How do you think growing up in the Welsh valleys formed you as artists?

We all grew up in the Welsh Valleys & the environment has had a massive part in how we are as a band. Our band mentality was forged in the close-knit community of Merthyr which has a hard work / hard play attitude to life. A lot of our songs are about the experiences we’ve all had growing up here, so it’s a massive part of us. The community recently showed its support when we tragically lost our friend Lewis. We put on a mini festival to raise funds for his family and over 1500 came along with only 10 days’ notice.

You’re all 21 or under. What are your biggest goals professionally and personally?

Releasing our first album is on top of all our lists but we have done a lot of stuff we set out to do, like play Glastonbury, Reading, Isle of White! Going out to the States and touring is the next big thing we all want to do.

How do you manage to stay friends while in a band?

If you’re gonna spend weeks at a time with the same people you’ve got to all be really close, which we all are. We see more of each other than our families. We all know how to push each other’s buttons but know when to stop and leave up so we don’t end up killing each other.

What advice would you give to someone who wants to start a band?

Try and get a local following by playing live as much as you can and then if possible, record a song or two to put up on SoundCloud or something like that. That way people can share your music to friends and then that should build up a following and get your band noticed.